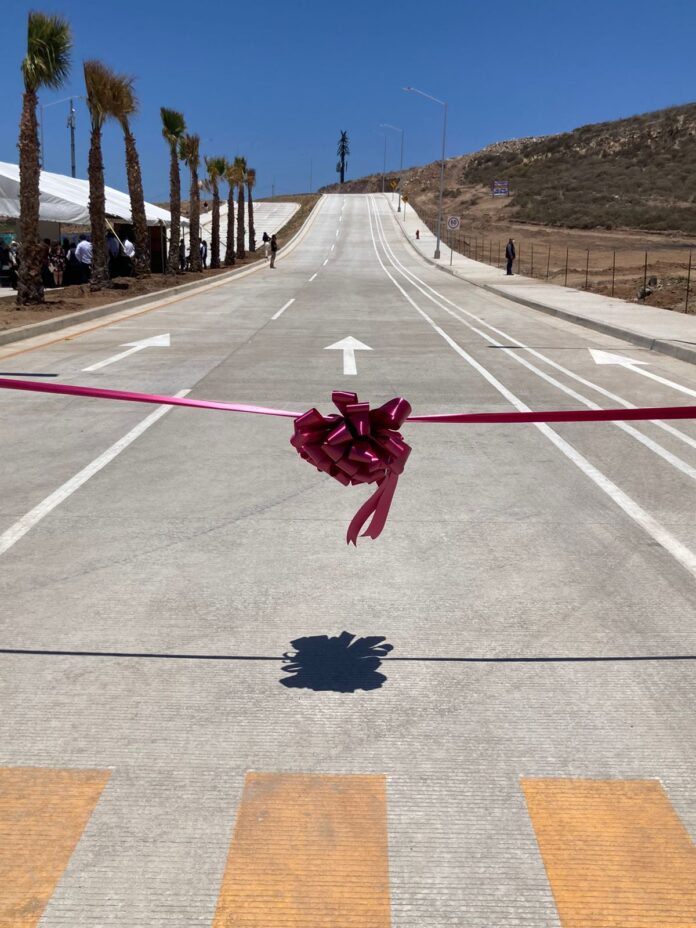 The work had an investment of approximately 65 million pesos, to output about 8 thousand vehicles a day, which will help to vent Reforma avenue

ENSENADA, Baja California.- Seven months after the work began and 14 million pesos more than originally announced, this Friday the north connection of Zertuche Boulevard was inaugurated, which will allow the traffic of Reforma avenue to vent.

The secretary of Infrastructure, Urban and Territorial Development, Karen Postlethwaite Montijo, explained that 26 million pesos were allocated to compensate the owners of the land, 29 million in the roads, and another 10 million for water infrastructure.

780 meters of roads were built, including a bicycle lane, sidewalks, an improved urban image (murals by Pablo Melchum), a central median with vegetation, two lanes on each side, a traffic light, landscaping, and a pipeline for the desalination plant in its next extension.

On the political side, Mayor Armando Ayala Robles said that former governors José Guadalupe Osuna Millán and Francisco Vega promised to complete Zertuche Boulevard, but they were only castles in the air and played with the hopes of the people.

For his part, Governor Jaime Bonilla Valdez delivered a nearly 35-minute speech in which he attacked the state governments of the PAN.

He boasted that Baja California was the only state in the country in which MORENA swept the elections.

He also spoke of the fishermen who keep the federal offices of SADER taken over, requesting permits to fish with bluefin tuna hooks; He announced that he will go to the secretary (fisheries commissioner) to resolve the issue, and if not, he will issue a decree to allow fishing.

He ranted against the Tijuana Country Club, against the PAN members, Brenda Ruacho de Vega, Jaime Martínez Veloz, the Supreme Court of Justice of the Nation, the National Electoral Institute, and the former candidate of the PES for the mayor of Tijuana, Jorge Hank Rhon.

They shut me up for 60 days, due to election rules but they won’t shut me up anymore, he said.