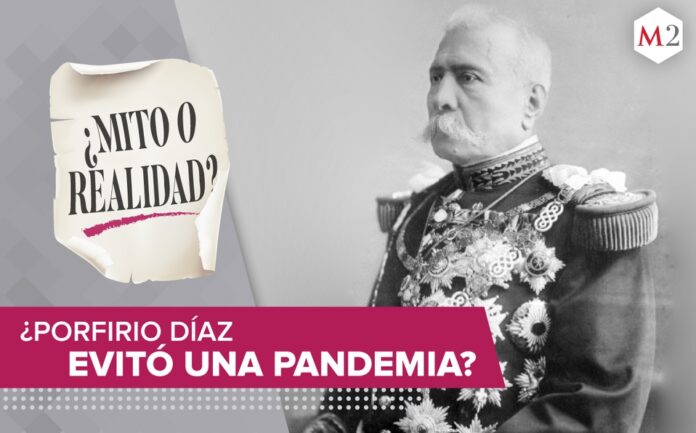 Doctors said it could be tuberculosis, lymphangitic malaria, relapsing fever, or pneumonia.

In the last months of 1902, in Sinaloa, rats ran from one place to another, giddy before dying, and each time there were people who died from a rare disease characterized by high fever and swollen glands. Everything had started at the landing docks, at the marine customs, and many homes of the alijadores “cotton filed workers” and dock workers.

In the first diagnoses, it was not related to the disease that centuries ago would characterize the Middle Ages. Doctors said it could be tuberculosis, lymphangitic malaria, relapsing fever, or pneumonia, while the population called the disease ‘fever with balls’.

The bubonic plague, or better known as the black plague, began to attack the country at the end of 1902, years before the Mexican Revolution, in two states of the Republic: Baja California and Sinaloa, two states where ships arrived for the Commerce.

Ana María Carrillo, academic of the Postgraduate Program in Philosophy of Science at UNAM, shared in her text State of plague or state of siege? that when the disease arrived in the country, some authorities resisted the sanitary measures; however, the president of that time, Porfirio Díaz, intervened to ensure that they were fulfilled. “President Porfirio Díaz personally asked the prefect of Mazatlán to comply with these provisions, although he did not have the power to force him to do so.

Despite this, the local authorities agreed to the presidential request, and four days later the search for the sick and the persecution of rats “.

In the first descriptions of the epidemic, it was suspected that they were cases of plague, but to have absolute certainty of this disease, Eduardo Liceaga,  president of the Superior Council of Health of Mexico, sent Octaviano González Fabela from the Bacteriology Laboratory to the port of the Health Council, who performed an autopsy on a patient.

The doctor extracted products for microscopic investigations, also visceral fragments and lymph nodes from other corpses reproduced the disease in which and bacteriologically verified the existence of the plague.

As they saw that the plague could cause a lack of control in society, the Higher Health Council formed a special commission with the task of immediately reforming the Sanitary Code, one of the first measures that served as an example for other pandemics that occurred in other historical times.

What was said in the code?

The code stipulated several measures to prevent the spread of the Black Death in the rest of the Republic:

The result of these measures achieved the eradication of the bubonic plague in the country.

“The health campaign organized to combat it, which was the first in Mexico, based on the emerging scientific fields of microbiology,  immunology and tropical medicine, and also the first in which a state gave the direction of health activities to the government federal “, explains the researcher.

All is ready for the second weekend of the Baja Beach Fest (Aug. 19 to 21)