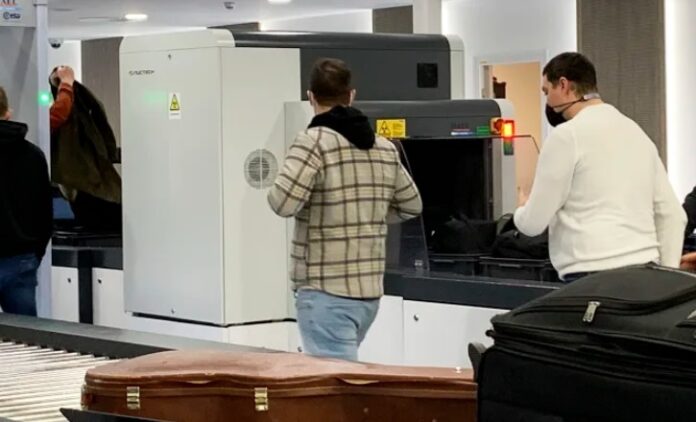 TIJUANA, BAJA CALIFORNIA – As the Biden administration revamped security technology at the U.S.-Mexico border this year, officials learned of an unexpected national security threat developing on the other side of the Rio Grande.

The Mexican government was preparing to purchase hundreds of millions of dollars of Chinese scanning equipment for its own checkpoints.

U.S. officials worried that the scanners, which Mexico had begun to purchase from Beijing-based Nuctech, would give China access to troves of information about goods entering the United States. The company, which manufactures equipment to screen luggage and cargo, has strong ties to China’s communist government.

In May, the U.S. ambassador to Mexico wrote a letter to Mexico’s foreign minister urging the country not to pursue the technology.

Salazar said the equipment “is not considered reliable in regard to data integrity and transmission.” He warned it “could inhibit our shared commitment to facilitating commerce” and “our efforts to interrupt traffic of chemical precursors, synthetic drugs such as fentanyl, methamphetamines, and cash, as well as firearms and ordnance.”

Mexican officials say they are aware of the U.S. unease and see value in using equipment that is compatible with the technology used in the United States, but they are following their own country’s procurement procedures.

“Obviously [the United States has its] own concerns and reasoning, but from a Mexican perspective these are processes that have to be done according to our own laws,” said a senior Mexican official who spoke on the condition of anonymity because he was not authorized to discuss the matter publicly. “It’s not as simple as saying we don’t want a certain company to participate in the tender process. We can’t simply disqualify a company based on country of origin.”

The United States has warned for years that China could use the security and telecommunications equipment produced by its companies to gather information from the United States. Washington has urged allies not to purchase products from tech giant Huawei for their 5G systems. The Federal Communications Commission this month announced plans to ban sales of Huawei and ZTE products in the United States.

The Department of Homeland Security highlighted its concerns about Nuctech in a 2020 report.