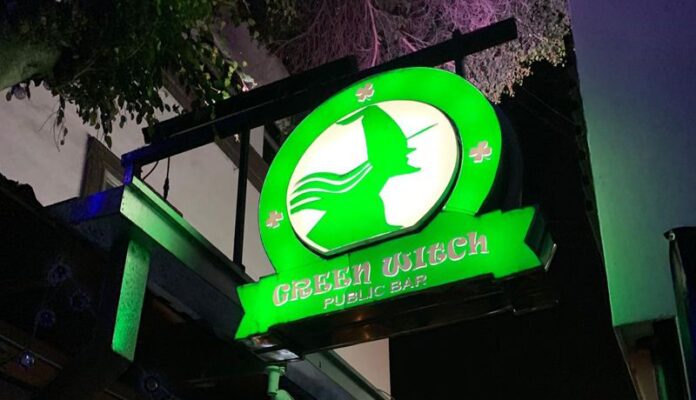 During the early hours of Sunday, March 27, inside the Green Witch bar at Zona Rio, in Tijuana, two twenty-year-old students from Baja California’s Autonomous University were stabbed for refusing to dance with a man.

One of the injured, Daniela, said that when she was dancing with her friend, a man approached her grabbed her from the waist, and shoved his member against her body. “When I felt it, I turned around, and he laughed. We didn’t know him, he just appeared there and touched my body. Jennifer (Daniela’s girlfriend) and I asked him what was wrong with him, and we managed to make him leave and went towards the bathroom.”

When they were about to walk out of the bar, the man came out of the bathroom and with another man he was with started the physical aggression.

“He came right towards me and pushed me, then the other guy pushed me back from behind. Here’s when he punched me, and my friend reacted and punched him. Then both men started to threaten us, “We’ll kill you.” The man got into a fighting position and dared us to fight back. My reaction was to hug my friend trying to separate her from this man. At that moment is when I got stabbed but didn’t feel it right away. But if I wouldn’t have done that she would be probably dead.”

There’s is no information about what the aggressor used to attack them but both ended up with wounds 1.5 inches deep and 3 inches long, Daniela on her backside and waist and Jennifer in the stomach. According to Daniela, people began to pay attention to the fight, so the man fled from the bar with his partner.

She followed them to the exit to memorize their faces and when she came back saw her friend bleeding. Workers at the bar did not intervene in the affair to calm things down but took Daniela and Jennifer out of the bar instead.

“When we were outside my view blurred up, I felt like fainting and I fell on my face. People who watched me screamed; they probably thought me dead since I was soaked with blood. The workers saw us on the ground and closed all entrances so no one could see us. None of the staff helped us out.”

Daniela didn’t lose consciousness and made her way back to the bar to get their belongings back. Daniela called the emergency services, but no one responded; it wasn’t until people around called an ambulance that they received medical attention.

The next day, the bar’s management called a press conference, which was canceled, and instead a press release was issued. There, the management stated: “We offer all our support and even economically to take care of the victims’ medical expenses (…) that day the Green Witch Bar staff acted with strict adherence to the established internal regulations, providing assistance to the injured women”.

According to Daniela they never provide real assistance: “After I came out with our belongings a waiter came to us, but it was to keep us away from the bar so no one could see us”. Both injured women stated that they haven’t received even a phone call from the management.

The Baja California Prosecutor’s Office has opened an investigation and the case has gotten the support of the state’s governor Maria del Pilar. For now, Daniela and Jennifer are dealing with the injuries and at the same time raising their voices for those women that had to go through something similar.