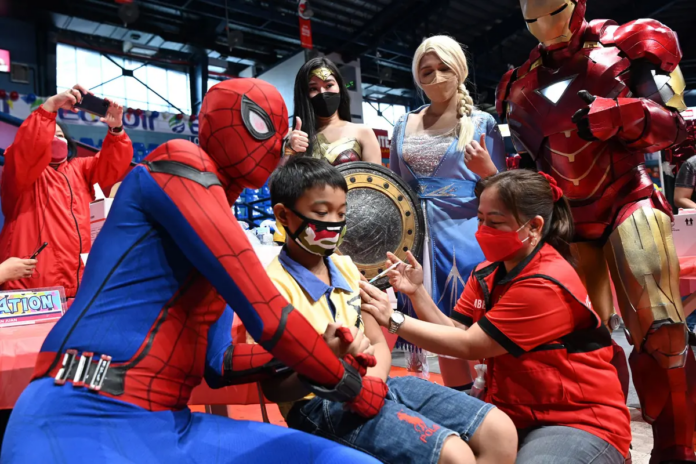 The vaccination of children under 11 years of age has been a controversial issue in the AMLO administration, which refuses to carry it out despite the authorization of Cofepris itself

Mexico had the possibility of initiating the vaccination of children from 5 to 11 years of age since March 3, when the Cofepris (Federal Commission for the Protection of Sanitary Risks) approved the use of vaccines against covid-19 in this population, however, this decision was not disclosed.

The information was released a few days ago on social networks, however, when Andrés Manuel López Obrador was questioned about it, he assured that he would answer it until Tuesday, April 5, when representatives of the Health sector participate in the morning press conference, Hugo López-Gatell and Secretary Jorge Alcocer.

So far, the authorities only vaccinate children whose parents have an amparo issued by a judge, however, the application of the pediatric version of the biological is not yet possible in the entities, since it is a purchase that the AMLO government must make.

“We know that Cofepris has already approved the pediatric presentation, but it is not yet available because it is a purchase from the Mexican government that would have to be provide for us. So, we are aware of this situation,” said Olivia López Arellano, Secretary of Health of Mexico City.

Cofepris included the Pfizer vaccine for ages 5 to 11 years in the latest update of the list of vaccines authorized for emergency use.

It is worth mentioning that minors returned to face-to-face classes in most of the country, which is why parents have insisted on the need to vaccinate this population, which is now more exposed to contagion.

For its part, the pandemic continues its course because, although deaths and hospitalizations have decreased, as of April 3, almost 9,000 estimated active cases were reported, so the pandemic cannot be considered to have ended.