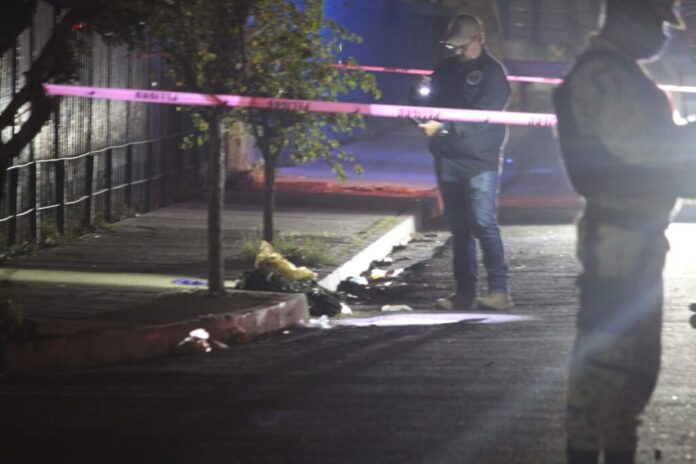 Death threats against Mexican law enforcement are common, as are corrupt police.

The head was found decomposing inside a black plastic bag left in the street beside a message  that accused the chief of being a “kidnapper who takes orders from the Sinaloa Cartel.”

“Tijuana will bleed because of that kidnapper,” the message – found on October 5th – said, referring to Chief Rafael Vázquez, who has been a police officer for 19 years.

The next night, two more messages were reportedly found at different points in the city, repeating the same threat of bloodshed, but this time accompanied by what is believed to be animal meat.

Tijuana—a key hub in the drug trafficking route to the United States—consistently ranks among the top 10 most violent cities in the world. The majority of the violence is attributed to battles between rival drug cartels fighting for control of the city.

Local reports suggest that the messages come from a rival of the Sinaloa Cartel, which was led by Joaquín “El Chapo” Guzmán until he was extradited to the U.S. and sentenced to life in prison on drug trafficking charges.

Vázquez has not commented publicly on the threats, but the mayor of Tijuana, Monserrat Caballero reaffirmed her support for the chief in a press conference. “If there are threats, then it’s about his work, and for me, that is an indication that the crooks are afraid,” she said.

Vázquez has been at the center of controversy before. In April 2017, a banner was hung from a bridge that accused him and another police officer of “collaborating with the Sinaloa Cartel, for whom they clear a path and are also dedicated to extortion, theft, and abuse of authority.”

In 2019, he was accused of selling positions within the police force, as well as other crimes including torture and theft. He has never been charged with any crime.

Caballero said she’d continue to support Vázquez so long as there is not a formal accusation against him from prosecutors.

It’s not uncommon for criminal organizations to make spurious allegations against police officers who they feel threaten their operations in an attempt to compromise their credibility. But Mexico has a long, troubled history of high-ranking security officials who have been corrupted by the powerful cartels.

One of the most high-profile examples of late is that of Genaro Garcia Luna, who was Mexico’s minister of public security from 2006 to 2012. In December 2019, U.S. prosecutors indicted Garcia Luna on charges of drug trafficking conspiracy and making false statements.

Garcia Luna received “millions of dollars in bribes from ‘El Chapo’ Guzman’s Sinaloa Cartel while he controlled Mexico’s Federal Police Force and was responsible for ensuring public safety in Mexico,” according to the indictment. He has pleaded not guilty and is awaiting trial in New York.