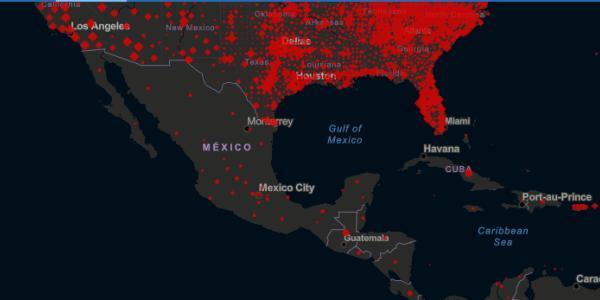 During the update shared by the government of Baja California, the Secretary of Health, Alonso Pérez Rico announced the rates of infections by Covid-19 both nationally and state, according to the latter, Mexico has come out of the Top 20 countries with the highest number of new cases, being in 30th place with 1,993 recent infections.

As for the municipalities with the highest number of cases nationwide, three from Baja California remain within the Top 20; Mexicali goes up to place no.5, Tijuana manages to go down to no.9 and in the same way, Ensenada goes down to no.16, it should be noted that these have been decreasing their cases so they may also go down places.

Regarding the number of confirmed cases of Covid-19 to date in the municipalities of Baja California: Mexicali has 735 active cases, Tijuana with 678, Ensenada with 379, San Quintín with 124, Rosarito with 78, Tecate with 52 and San Felipe with 32. It is important to mention that all municipalities download one or more active cases.

The issue of vaccination of minors between the ages of 12 and 17 with comorbidities has been a priority for the Secretary of Health, which is why today he announced that confirmation of the arrival of 14 thousand vaccines for this group is expected, Pérez Rico commented that possibly these biologicals will arrive today.