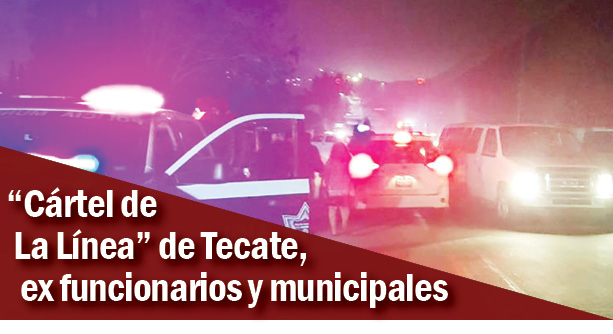 The criminal group extorts and charges a place at the border crossing between the municipality and the United States. In an operation, they arrested two leaders, one of them a former municipal official. The investigations also show officials of the current administration and municipal police

For just over three months, a group of criminals extorted those who cross from Tecate to the United States to work daily. Their earnings are calculated at $ 100 a week per car or pedestrian they charge a fee.

It is the “Cartel de la Línea”, whose structure is headed by a former municipal official, José Arturo Rendón Astrain, alias “El Turi”, aged 44. The second, Leonardo Rodríguez Rivas “El Leo”, 25 years old. They have 18 assistants at their command – people on the street and migrants – as well as the tamaleros, some merchants from the sentry box, and municipal agents.

According to authorities from the Baja California Peace and Security Coordination Table, “El Turi” and his people park the cars of citizens who work in the United States so that they are the first to pass in line since the night before. The owners leave them the keys and leave, to come back in the morning and cross.

The same in the pedestrian row, they set aside places for $ 20 with plastic chairs and coolers. There they also control “Los Tamaleros”, merchants of that line that serve as collectors and vigilantes, as well as some vendors whom they also extort so that they can work.

At first, citizens who crossed into the US gave them a tip, it was not mandatory; The problem was that they began to demand a fee and, if they were not paid, they threatened to say that they work for Isaac Covarrubias “El Moreno”, a former hitman for the Jalisco Nueva Generación Cartel in Tecate, some victims told ZETA.

Street vendors were charged $ 25 a week, in view of elements of the Municipal Police of Tecate that collaborate with criminals in case a car did not pay, tow it, in support of “Turi.”

Regarding the police officers involved, the new director of Citizen Security, Enrique Alonso Trujillo Martínez, says he does not know what phase the investigations are in, or if there are elements involved.

On the other hand, the municipal president, Edgar Darío Benítez, assures that controls and files of the police are being created in irregular activities, and corroborated that there is suspicion of members of the corporation in the La Línea Cartel.

On October 7, elements of the State Attorney General’s Office (FGE) and the Secretariat of National Defense (Sedena) carried out a coordinated operation to deal with reports of attacks on the communication routes on the highway that leads to the Garita de Tecate.

In the raid, José Arturo Rendón Astrain “El Turi”, Leonardo Rodríguez Rivas “El Leo” and 18 of their collaborators were arrested aboard cars that did not belong to them or with the keys to the cars without a driver, but parked in a row on the lane to cross into the American Union.

At the time of the arrest, the leaders were wearing kangaroo bags with little globos of the drug known as crystal and the permits that the City Council granted to 80 motorists who cross every day and line up before they open the sentry box so that they can line up; They rent them for up to $ 40.

The operation lasted approximately three and a half hours. 29 cars were seized that were damaging the roads and around 100 were in line. In addition, they were secured in a bag with 200 car keys, authorities said.

After the operation, security control was left to the Municipal Public Security Directorate, in charge of Enrique Alonso Trujillo Martínez; however, citizens reported to ZETA that the practice continues, now with elements of the Municipal Police.

“THERE ARE SOME OFFICIALS AND FORMER OFFICIALS OF THE MUNICIPALITY INVOLVED”: REGIONAL PROSECUTOR

Regarding the operation carried out by the FGE and the Army, ZETA interviewed the regional prosecutor, Marco Antonio López Valdés, who commented that, according to the investigations, there are officials and former municipal officials involved.

He told how the operation was carried out to inhibit the La Línea Cartel, after a series of complaints filed with the FGE for obstruction of communication routes with parked cars lining up at the checkpoint. 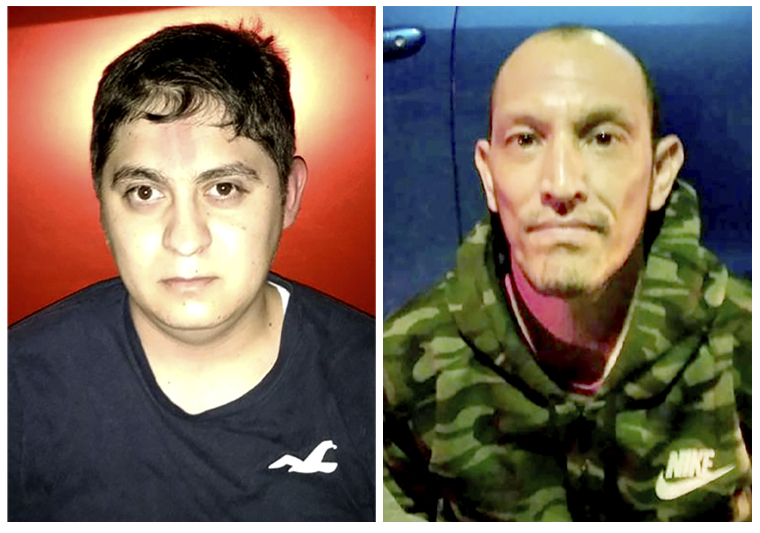 “It had already been seen what the modus operandi of these people was and there was a lot of citizen complaint of floor charges, as it is called. They demanded the payment of 100 dollars a week, which is like 2,000 pesos a week, to leave the car, and those people, without being the owners, move the vehicles to the Line; that is why the operation was carried out in conjunction with the Mexican Army and Public Security ”.

He explained that the arrest of the main leader (“El Turi”) was achieved, who “has several complaints, is currently under investigation so that the case may be resolved in the next few days,” however, he is at liberty.

“The cars that were towed were because the owner was not there, the unit was obstructing the public road. Outsiders brought the keys, that is why approximately twenty vehicles were towed. Most have been returning. “

He commented that they are in talks to continue with the surprise operations in the sentry box to dismantle this practice, and recommended that the sidewalk on the right side be painted red so that the population does not park.

To an express question from ZETA regarding the incursion of police or public officials into this criminal organization, López Valdés replied that “there are some officials and former officials of the municipality, but it is under investigation.”

The director of Citizen Security of Tecate, Enrique Alonso Trujillo Martínez, acknowledged to ZETA that he is unaware of the situation regarding the police officers accused and investigated by the State Attorney General’s Office, of working for organized crime in the municipality.

In addition, he asked the citizens to start the lines at 05:00 hours, “there will be rounds of the Municipal Police, the same on the International Line, by instructions of the municipal president is to follow up on the line and have the situation under control,” he promised the official.

Edgar Darío Benítez Ruiz, municipal president of Tecate, pointed out that there was no good communication to coordinate in the operation, but that he understood the reason since possibly there are elements of the Municipal Police involved in the collection of the floor fee,

“However, that same night the regional coordinator contacted us and clarified the details to be in coordination,” he declared.

Regarding the actions to be taken from the City Council, they will look for a mechanism in which the municipal corporation provides the protection of the line to cross into the US and take an order so that users are not extorted, in addition to having already given the order to paint the sidewalk red.

Regarding the trust towards the elements of the Municipal Police to carry out these works, when there are complaints against members of the troop, he replied that a file is being prepared and delegated to other operational areas.

“We are generating a file on each of the elements of the Municipal Police, all the police officers who are suspected of being involved in illegal activities, we are sending them to other operational areas, and in other cases, opening files,” he said.