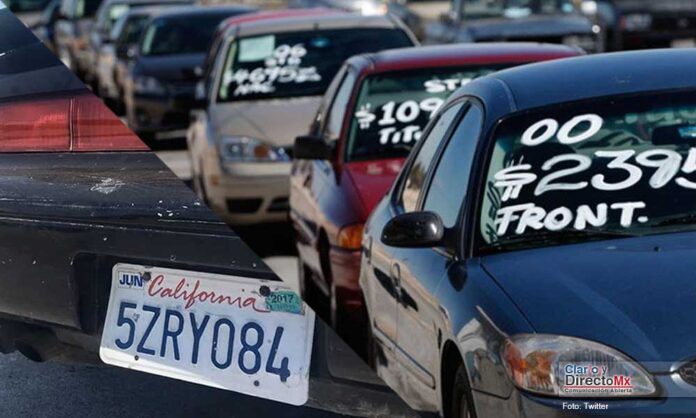 Mexico .- During the inauguration event of the National Guard facilities in Mexicali, Baja California, the President of Mexico Andrés Manuel López Obrador confirmed the cost of the regularization of American cars.

He stressed that the owners of this type of vehicles illegally entered our country, will cost around 2,500 pesos, once the procedure is done, motorists will be able to circulate without problems and without being disturbed.

So far and according to the censuses, Baja California is seeking to regularize about 800 thousand units and it is expected that in the coming weeks there will be more.

This measure seeks to eradicate the introduction of units in an irregular manner, with which illicit acts are commonly committed; It also seeks to encourage the attraction of resources, since what is achieved in the regularization process, is destined to the patching of the streets of each border entity, where this initiative will be initially promoted.

Until now, the Mexican Presidency has not released the details of the regularization decree, so until it is published in the Official Gazette of the Federation, it will be possible to confirm whether the process will only remain in the border states. , and if the cost will be the same for all.

Despite being great news for owners of irregular cars on the border, “the benefit only applies to cars that are already on this side,” said the secretary at the event.

President López Obrador indicated that the proposal to charge 2,500 pesos to regularize American cars will serve to maintain the streets of the states that benefit from this agreement.