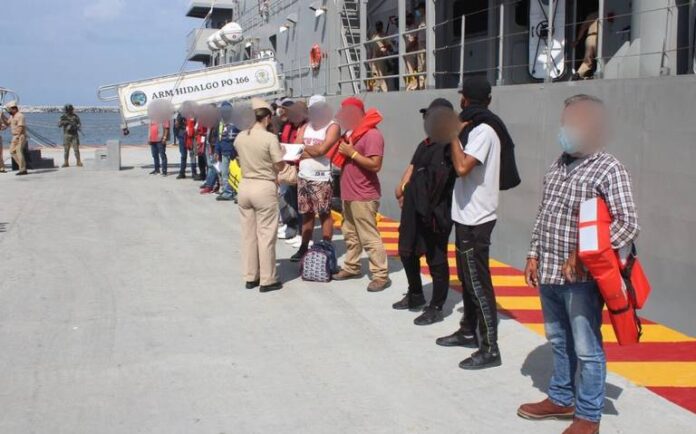 A boat with crew members on board, located 68 nautical miles west of Rosarito, was left without propulsion due to engine failures, which endangered the lives of said people.

Ensenada, BC- The Secretariat of the Navy-Navy of Mexico as a National Maritime Authority, acting as the Coast Guard informs that yesterday, a person wrote to the Second Naval Region based in Ensenada, BC, in coordination with the Eleventh District of the Coast Guard of The United States (USCG) rescued 19 crew members who were left adrift aboard a smaller vessel, 68 nautical miles (125.9 kilometers) west of Ensenada, Baja California.

This action was carried out when the Command and Control Room of the Second Naval Region received a report from the 11th. USCG district on a boat with crew on board, located 68 nautical miles west of Rosarito, which was left without propulsion due to engine failures, endangering the lives of said persons.

Therefore and immediately the Regional Search and Rescue Plan was activated, ordering the departure of the Oceanic Patrol ARM “Hidalgo” in order to carry out Rendez-Vous (meeting point) with the ship “Benjamin Buttoms” of the USCG and pick up the castaways.

Once these were received, their medical assessment was carried out on board and upon arrival at the dock of the Second Naval Region, health personnel continued to provide them with medical care. Likewise, personnel from the National Institute of Migration were present to determine their immigration status; In this sense, 4 women and 15 men were rescued, all of Mexican nationality. 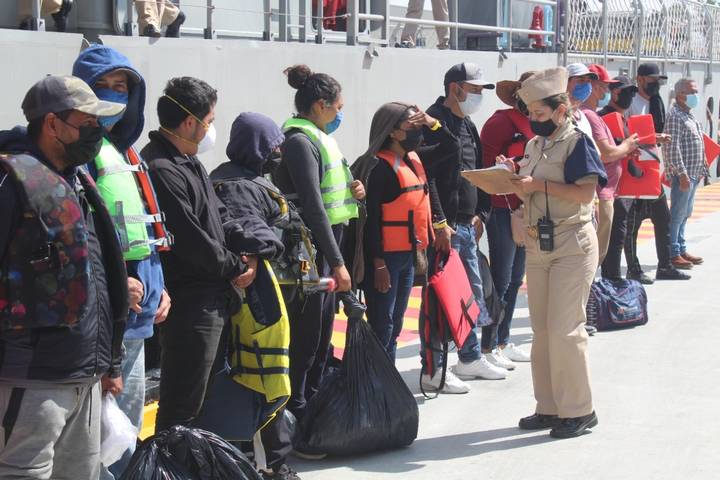 It should be mentioned that the smaller vessel had a theft report, which is why it was made available to the corresponding authorities, who will determine the legal situation of the same.