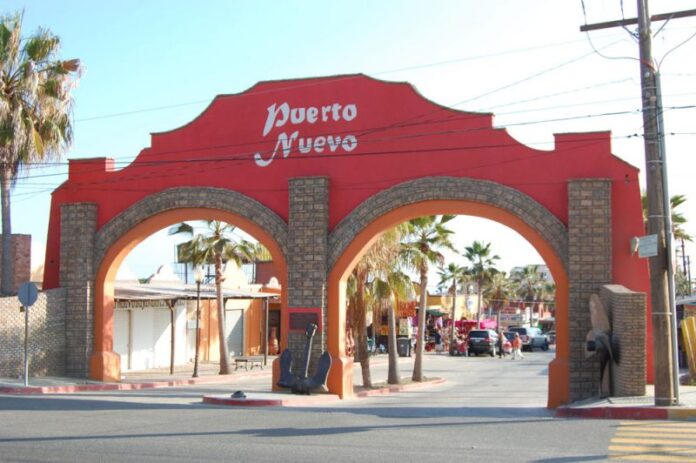 Beaches of Rosarito, Baja California. – A male person was murdered this Friday night at the height of the arch that marks the entrance to the Puerto Nuevo restaurant area, south of this municipality.

The police report indicates that the notice of shooting in that area was received at 8:55 p.m. on Friday, so units were dispatched to the place and upon arrival at the site, they found a colored Jeep Grand Cherokee vehicle at the entrance from north to south white, with the engine running.

Inside the vehicle, California state license plates 7KYZ061 was an unconscious male person, approximately 40 to 45 years old, who did not respond to verbal commands, which is why the presence of the red cross unit was requested.

When the red cross arrived the victim no longer had vital signs, the area was cordoned off, which was left to the staff of the State Attorney General’s Office.