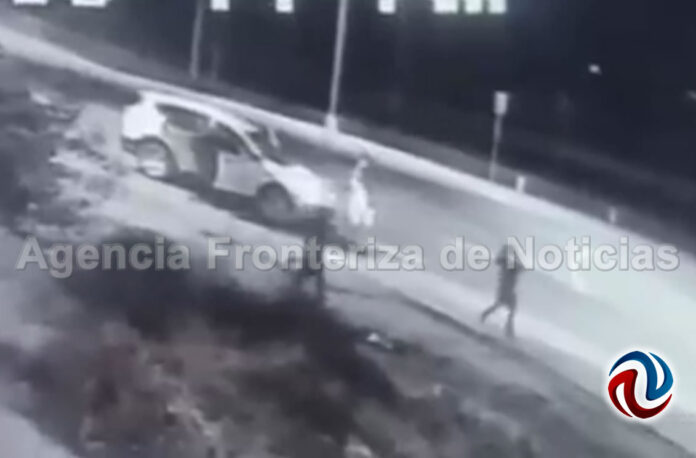 TIJUANA BC, NOVEMBER 16, 2022 (AFN).- The young Mexicans attacked with bullets in the town of La Rumorosa last weekend, of which one was deprived of liberty and beheaded, would have been confused with members of a criminal group, assured the state prosecutor Ricardo Iván Carpio Sánchez.

He also revealed that there are two people arrested for this case, as part of the first investigations, and said that others involved in the events belong to a criminal group and are wanted in other states of the country.

This is the case of the young men from Mexico, Jorge and Fernando, the first collaborator of PAN deputy Alejandrina Corral, who received five bullet wounds and is recovering in a hospital, while Fernando was deprived of liberty and his body was found yesterday in The state capital.

In this regard, it indicated that on the day of the events, when the young people, in the company of another friend, who escaped unharmed from the attack, went to the town of La Rumorosa to take some photographs, they “accidentally” took another path in an unpopulated area.

The official specified that they were detected by armed men who thought it was an opposing criminal group and when trying to approach them, the young people fled in their vehicle and were attacked with bullets.

After the events, Carpio Sánchez pointed out that coordinated actions have been carried out with the armed forces, already achieving two arrests, and said that the presumed perpetrators are members of a criminal group that operates at night in that area of ​​the entity, mainly in the matter of crossing people into the United States illegally, as well as in the extraction of fuel in the pipelines that cross the place.

Although he recognized that these are activities that fall under federal jurisdiction, such as huachicoleo, human trafficking and drug transfer, they will seek a way to work in coordination with the other authorities.

Report of one of the victims

When you “lose” a friend.By Jorge Moran Heredia

Fernando Rodríguez Ocampo was a young man from Mexico, a very close friend since high school whom I admire and esteem like you have no idea, with whom I had the pleasure of sharing many adventures. The one that Friday night/Saturday morning was supposed to be just one more.

That night Fernando, Cristina and I boarded my friend’s vehicle with a simple purpose: to go to the recently named street “Jaime Maussan” in the town of La Rumorosa and take a picture there. That’s all. And we had met our goal.

However, it was seconds after we got into the truck with the intention of returning home when, almost at midnight, a car belonging to an armed group approached us, threatened us, and when trying to escape shot at our unit, injuring Fernando and me. Not satisfied with that, the cowards got my friend out of the car, already out of the way, and took him to an unknown destination, leaving Cristina and me at the scene of the attack, she fortunately unharmed.

I am convinced that having gone to Tecate at that time of night is a decision that we will have to live with for the rest of our lives. But tell me, how many people don’t? Especially young people who, like us, just want to go out, have fun and make memories with our loved ones. Does that justify that a group of “emboldened” with firearms, who believe they own the streets, end people’s lives for the simple fact of being there? Because that was. It was a unilateral attack by an armed group against a trio of tourists who “neither owed it nor feared it.” IT WAS NOT a fight between criminal gangs, IT WAS NOT a settling of scores and IT WAS NOT because they “behaved badly” as people with low mental development are used to always trying to justify any act of violence that is experienced in our state.

Since the attack, I have heard many people and received many messages saying that what happened to me was a miracle. I am aware that not everyone receives five bullet wounds and lives to tell about it. I am truly very grateful to life for being able to hug my mother, my brothers and my family again. But this I cannot call a miracle.

For me, a miracle is when a person with few chances of life manages to overcome a disease or when someone survives a spectacular accident. Wow, when life prevails in the face of mistakes or situations that go beyond one as a human being. Forgive me, but the only way I could have called this a miracle is if all three of us had made it home alive.

That Saturday morning, November 12, I did not “lost” a friend. They ripped it off. They took it from all of us.