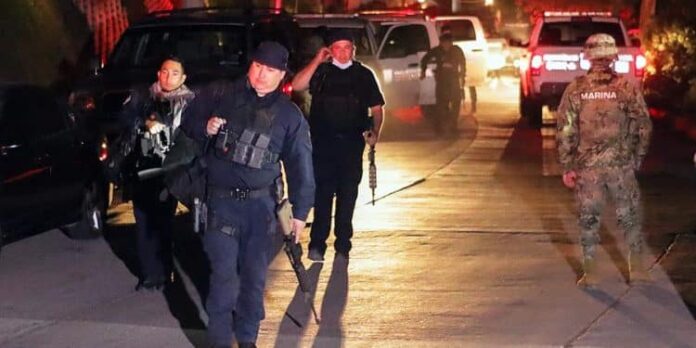 Around 200 Venezuelan migrants who find themselves stuck in México mounted a riot at a National Migration Institute (INM) facility in this metropolis on the border with the United States, authorities said Wednesday.

Sources told EFE that a group of some 40 Venezuelans burst into the station after midnight Tuesday and incited compatriots being held by the INM pending repatriation to their homeland to join them in protest.

Tijuana’s Public Safety secretary, José Fernando Sánchez, confirmed to reporters that municipal police went to the INM station “to try to safeguard the integrity of the personnel and of the migrants themselves.”

Most of the Venezuelans in custody at the INM station were recently deported from the U.S., according to the city’s director of migrant services, Enrique Lucero.

The U.S. and Mexican governments agreed last week on a plan that will see Washington extend conditional humanitarian permits to 24,000

Venezuelans who arrive by air, while those who enter overland from México will be sent back to the Aztec nation.

Leaks to the media indicate that the disturbance prompted the INM to transfer some of the Venezuelan detainees to a station in Mexicali, 181 km (112 mi) east of Tijuana.

Families of the INM staff told reporters outside the station that they received calls for help from their loved ones inside during the melee. Municipal authorities did not report any injuries or damage as a result of the disturbance.

U.S. Customs and Border Protection (CBP) registered a record of more than 1.7 million illegal border crossings in the 2021 fiscal year.

Since the 2022 fiscal year began on Oct. 1, 2021, the CBP says that more than 2.15 million migrants have been intercepted along the U.S.’s southern border.