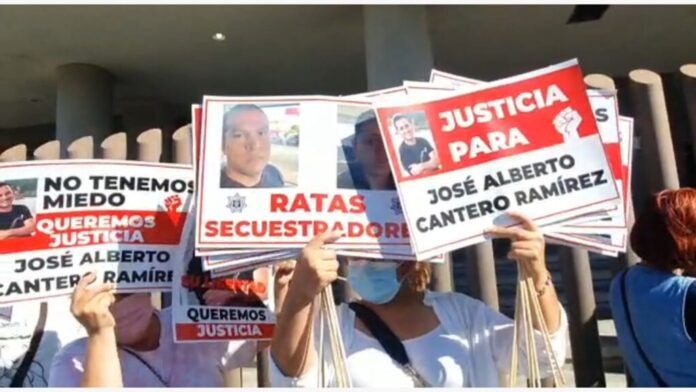 His body was burned so that he would not be recognized

A little over a month ago, José Alberto Cantero Ramírez disappeared and the news became national knowledge, because he was a Tijuana merchant who had been detained by a unit of the Tijuana Municipal Police on 16th Street in the Libertad neighborhood. .

Days later his body appeared in the Zona Centro neighborhood, this was confirmed after the results of genetic samples since the located body was burned. The prosecutor later said that José was deprived of his freedom, they stole money from him, and he was murdered and burned so that those responsible would not be identified or found.

Likewise, Martín Trinidad “N” and Esteban “N, members of the municipal police, were arrested after they searched their homes and found $44 to $45 thousand dollars. This amount was what Cantero’s family shared that the victim was carrying before his disappearance.

Given this, the city’s food market, Mercado Hidalgo Tijuana, which was sharing publications about his disappearance, has published that they is seeking justice in the face of such a terrible crime: For the family of the Tijuana food markets, everything that has happened means great pain and consternation both for us and for his mother, his aunt, who are part of this organization.

In the same way, they thanked the community and the Attorney General of the State of Baja California for having helped to ensure that the case did not remain just another disappeared person. Like Beto’s family and friends, we only want justice in the face of an event of this magnitude that aggravates the entire society of this border. Alberto was a great human being, a supportive and hard-working man, we ask for justice for his relatives