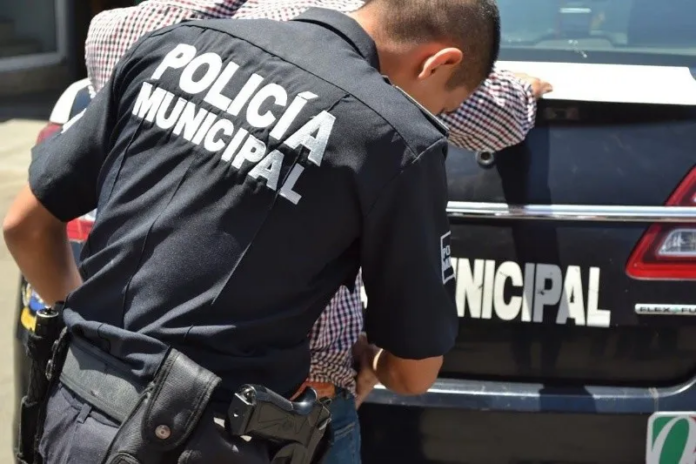 The events occurred on the night of August 22, when Jovan was on his way home in El Florido.

From the series of events that took place on August 22 of this year, we resume the one that corresponds to Jovan García, who would have been a victim of the abuse of power by the municipal authorities of the city of Tijuana.

According to what he says, Jovan had left Los Angeles for the city of Tijuana on August 22 of this year. During his border crossing, he was questioned by SAT personnel, who questioned him about the amount of money he was carrying. Jovan reported that he had the amount of 9 thousand dollars, which he would use to pay for a plot of land in 4 sections.

Rarely, the SAT staff does not doubt the amount of money Jovan has; without counting the money, they refrain from saying that the maximum amount to avoid tax declarations is 10 thousand dollars, and they let him continue.

Moments later, in the direction of El Florido, just at the height of the supply center on the expressway, he is arrested by a municipal police patrol in Tijuana. The officers, according to what the victim testifies, never showed up or gave a reason to request the arrest of the vehicle. They quickly ask him if he has any money.

Jovan decides to record the actions of the municipal police without them realizing it at first. When the officer was able to realize that they were being recorded, he tries to take the phone from him and in the midst of discomfort, he deals a blow to Jovan that leaves him bleeding from the mouth.

The victim states that, when the events began to take place, fearful that they were situations similar to those that had occurred weeks before, where the violence exerted by criminal groups paralyzed the city, he began to run, forgetting his car and his money. which was stolen by the police.

He arrives at a nearby gas station and asks for help; The same police officers who had beaten him minutes before arrive to respond to the call of the gas station attendant. Minutes later, three other patrols arrived at the scene, including the head of the area.

The authorities, instead of being in a position to help the victim, limited themselves to telling him that they would call a tow truck for leaving the car abandoned in the middle of the road. When Jovan began to explain the situation, the police chief told him that the one who had hit him had been other agents, from a white car, and not the municipal ones.

The situation ended in this way, without favorable results for the victim. A tax complaint has already been filed against the officers; On November 3, he must attend an identification process to point out the officers who attacked him.

A fact within the narrative draws attention. This is when the chief of the officers assures that whoever hit him and stole the money was transported in a white car. How did you know this information?

Another curious fact is at the moment in which it crosses into the city of Tijuana and SAT personnel do not proceed to review the amount of money to verify that it is the one referred to by the victim in question; such attitudes do not correspond to the often harassing attitude of the SAT. What relationship exists between the disinterested attitudes of the SAT and the harassment of the municipal police? If we believe in such a statement and based on experiences of the same nature in past days, it can be assumed that the officers knew that the subject in question was transporting money.

Meanwhile and like many other situations of the same nature, there are no certainties of upcoming resolutions, we will have to wait for the next date of November 3 or for another case of abuse of power by the authorities to arise.

Related video: Police officer detains and beats up a civilian in Tijuana

Tijuana is one of the cities in Baja California with the most complaints of police violence, assured the president of the Baja California State Human Rights Commission, Miguel Mora Marrufo.

He explained that in the first quarter of the year 45 files were recorded against the Secretary of Security and Municipal Citizen Protection.

Around 10% of the cases, he specified, are due to arbitrary arrests and extrajudicial execution.

He stated that there are facts related to the excessive use of public force, arbitrary detention, undignified treatment or legal security.

“In other words, it is not made immediately available to the municipal judge when there is no arrest, which is the procedure in that sense,” he explained.

Throughout 2021 there were around 195 files, he commented, so they consider that this year could close with similar figures.

We cannot point out an increase in these criteria nor a decrease, this has been maintained in a similar way in recent years, there is an extraordinary period that is that of the pandemic, in which there was a reduction in the indicators,” he indicated.

However, he assured that this is attributed specifically to the fact that citizens stopped having contact with their authorities on the street, institutions and approach to public institutions.

Just at the beginning of May, the case of Jorge Luis Cabrera, an engineer allegedly beaten during an arrest by municipal police officers and whose lifeless body appeared hours later, came to light.