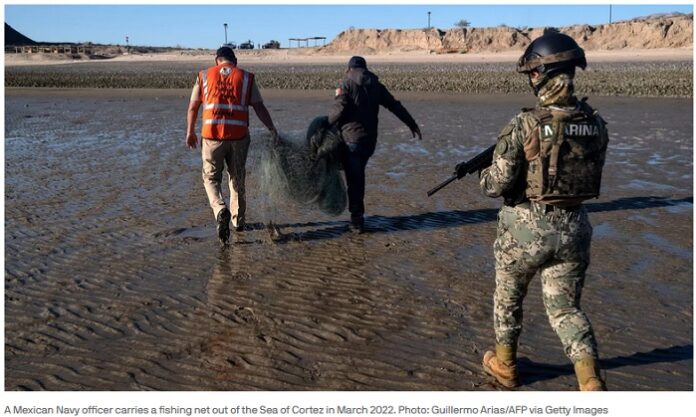 Mexican authorities have resorted to sinking illegal fishing nets with bricks in the Sea of Cortez in an effort to stop rampant poaching and save the vaquita marina, the world’s most endangered marine mammal.

Sea life poaching is a lucrative business — likely worth tens of millions of dollars, according to a report by the Brookings Institution. Cartels pay fishermen and extort fisheries for species that sell for big bucks in China’s black market.

The Mexican Navy began dropping nearly 200 blocks with hooks attached to them on Friday, saying it’s a low-cost and ongoing measure to fight poaching activities. Nets are the primary way people fish in the Gulf of California.

Environmentalists are worried that the Navy’s program will do more harm than good because the bricks and nets could trap fish and kill them.