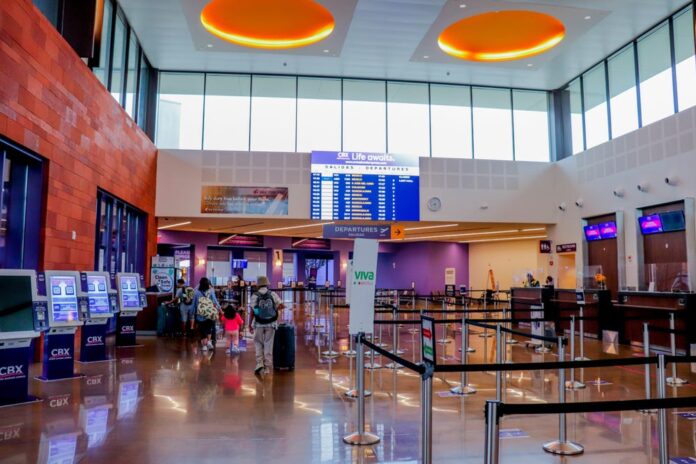 Zell was part of the investment group that financed the construction of CBX, which opened in Otay Mesa in late 2015. It has since served 30 million travelers and now handles 12,000 a day.

The billionaire investor told public and industry officials gathered in the expanded customs processing area that the investment team saw “a great opportunity” to improve the binational region’s infrastructure.

“When we started this, we saw vast potential,” said Zell, whose Equity Group Investments is based in Chicago. “I think it’s only in the early stages.”

The latest expansion doubles the number of agent booths from eight to 16 to permit faster customs processing. It comes amid a major expansion of the Tijuana airport that includes a new wing for international flights opening later this year.

“We continue to prove to the world that success is possible through binational cooperation,” said CBX CEO Jorge Goytortua, who thanked Customs and Border Protection officials for their support of the project.

The growth of CBX and the Tijuana airport has taken the pressure off San Diego International Airport, which is in the midst of what is expected to be it’s final expansion because of the traffic limitations of its single runway.

Gloria said CBX is an example of how San Diego and Tijuana are “two cities, one region” that benefit from the partnership.

“CBX is an economic engine for our region that connects San Diegans to Mexico, Latin America, and other international destinations,” said Gloria. “This expansion proves that San Diego and Tijuana are world-class destinations and that together we are stronger.”

The master plan for CBX calls for adjacent hotels and restaurants, a business center with office and conference areas, an on-site car rental facility, and expanded parking with nearly 10,000 spaces.