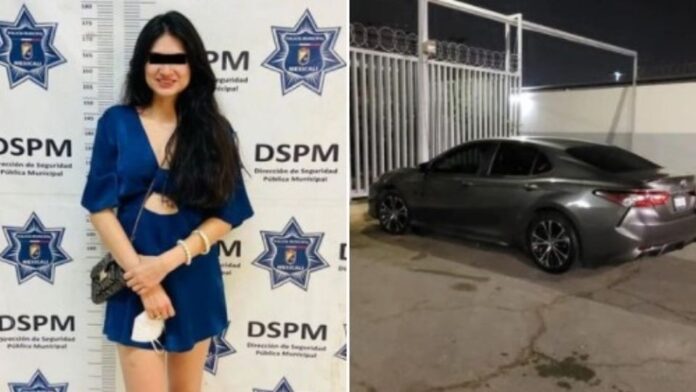 For driving while intoxicated, the man was taken to the local command, and although the girl was told that she could withdraw since there was no reason to keep her, she did not want to be left behind.

Mexicali, Baja California.- A young woman was arrested at the Anáhuac y Terán headquarters, in Mexicali, after her companion had been taken away for driving while intoxicated, she did not want to leave the site, despite the fact that she was free to go.

In the unusual event, it is reported that the young woman was upset because they arrested her companion who had been driving drunk and when the officers indicated that she could leave, she did not want to and Two police officers assigned to the referral area of ​​the command of the Municipal Public Directorate of Terán and Anáhuac resulted in bite and scratch injuries caused by a woman who is carrying out a scandal. attacked one of the agents with bites and scratches.

The arrest of this couple occurred around 4:00 in the morning; They were traveling in a gray Toyota and they were taken to the headquarters to certify the lack of the driver, he was insured and fined for his act of irresponsibility.

And in the area of remissions of fines  a female police officer motioned for the young lady who could retire, but Lilian, how the woman was identified, 30 years old, did not appear to like him the indication and railed scratch and nibbled against the item, all the while yelling that “it was worth it.”

For this reason, and without first committing any offense … (but later yes), the woman was arrested after attacking police officers, locking her up for misdemeanors, and accompanying the detained driver.

The image went viral because she looks happy after being detained.