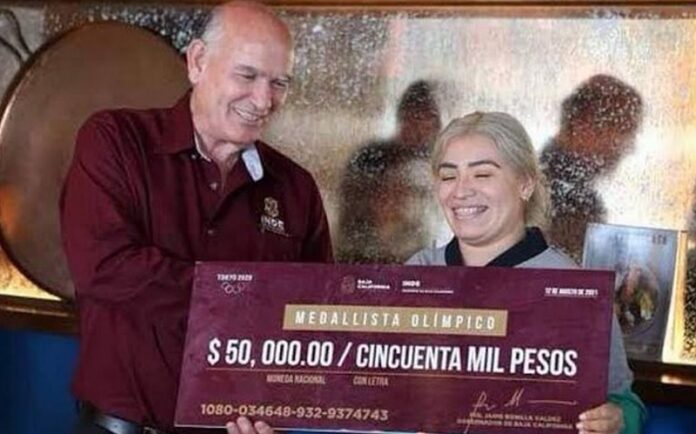 Aremi Fuentes Zavala is a Mexican female weightlifter. She competes in the 69 and 76 kg categories, in addition to representing Mexico in Olympic Games and other international competitions.

The Chiapas weightlifter, but who competes for Baja California, denounced that the government of Jaime Bonilla has not deposited the promised 50 thousand pesos, after her good performance in the Olympic tournament.

Aremi Fuentes, a bronze medalist in Tokyo 2020, declared that the Baja California government, headed by Jaime Bonilla, gave her a check as a reward for her performance in the Olympic Games, with a value of 50 thousand pesos, but the bank declared non-existent.

“We were given a stimulus of 50 thousand pesos, as a recognition that we did at the Olympic Games. The official photo is taken and everything, ”Fuentes Zavala commented at a press conference.

“As of the date of delivery of the check, I have not seen the deposit reflected, the check does not exist, I am grateful that they have used the image of an Olympic medalist. It is not that the check has no funds, it is that they tell me that he does not exist ”, added the Olympic athlete.