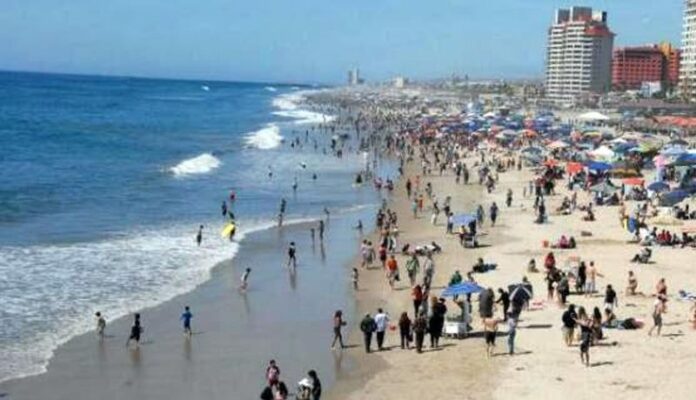 With the arrival of autumn, tourism continues to rebound during the weekends, leaving direct and indirect economic spillover to the different productive sectors.

Despite the drop in Gringo tourism, Latino visitors from the United States leave spills in hotels, restaurants, coffee shops, curiosity shops, and other tourist businesses.

According to tourist servers, last weekend there was a rebound in sales again due to the large number of visitors who came to the beaches and occupied hotel rooms.

Just the weekend before, they also experienced an economic recovery with the arrival of families from both sides of the border.

Once the disorder left by the concerts was overcome, the tourist servers assured that Rosarito continues to be attractive to tourists thanks to its beaches and other attractions that are not only concerts and bars, among them its restaurants, crafts, eco-tourism and culture.

Without the traffic disorder or the abuse of alcohol consumption on public roads, last weekend left a modest economic recovery to the different businesses in the sector, including those that do not live directly from tourists.

Maria sells food on the beach not exactly for visitors, but for tourist business workers.

When businesses are active and workers have a good income, it is when she sells all her food, but when tourism drops in business, it also affects her income, because the workers do not consume the same.

Like her, other beach merchants prefer quality tourism that does not cause major problems or traffic disorder, than the massive concerts for which they are even subject to temporary relocation.