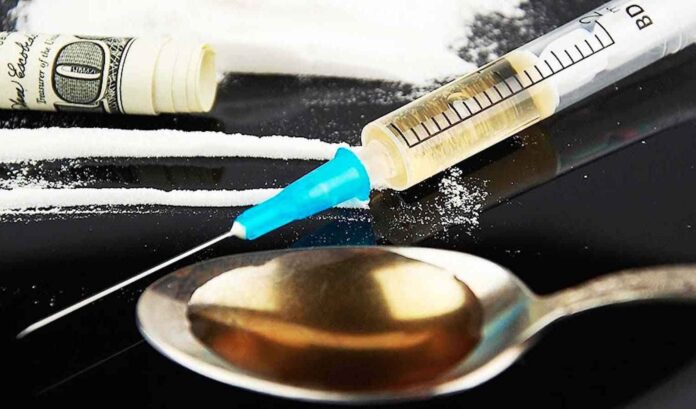 Once dismissed as a fringe, counterculture vice, psychedelics are rapidly approaching acceptance in mainstream medicine. These drugs uniquely change the brain, and a person’s awareness of experiences, in the span of just a few hours. This fast-acting shift could be useful in mental-health treatments, and research is already supporting this notion. Just one dose of psilocybin, the active ingredient in magic mushrooms, was recently shown to ease depression and anxiety in cancer patients—an outcome that lasted for years after their trip. Researchers are recognizing that psychedelics can provide a radical new approach to mental-health treatments at a time when innovation is desperately needed.

For addiction, in particular, the need has never been greater. More Americans died from drug overdoses last year than ever before, aggravated by the COVID-19 pandemic. Weekly counts of drug overdoses were up to 45% higher in 2020 than in the same periods in 2019, according to research from the U.S. Centers for Disease Control and Prevention published in February. Available treatments can’t meet the need. They aren’t effective for everyone, may require long-term adherence, and are sometimes addictive themselves.

Ibogaine is one of the most promising psychedelics for addiction. Few people have heard of it, it’s illicit in the U.S., and nobody does it for fun. It’s not pleasant. It could kill you. But for extinguishing addiction—and a range of other issues—many people swear there’s nothing like it.

But how much risk is too much when nothing else works?

Four rounds of rehab hadn’t touched Bobby Laughlin’s heroin addiction. He didn’t believe the hype about ibogaine but figured it was his last shot, so he traveled to a clinic in Rosarito Beach, Mexico. Before the flight, he used heroin—and it was the last opiate he ever took. The most valuable outcome of Laughlin’s 30-hour ibogaine experience was that it let him bypass withdrawals, he says, opening a window of opportunity. “One thing that was made very clear to me was that I had to change my life dramatically after the experience if I wanted to capitalize on it and have long-term sobriety,” he says. Laughlin started a private-equity firm in L.A., then a family. “I’ve been able to establish myself,” he says, eight years later. “All roads lead back to ibogaine as the start.” 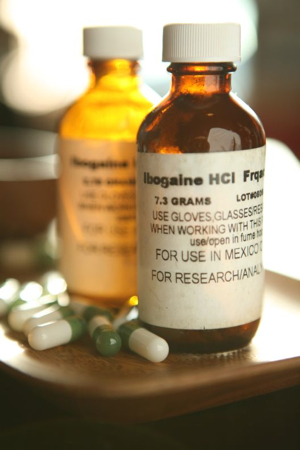 Data from these studies contribute to the growing scientific literature about ibogaine as a treatment for drug addiction.

MAPS submitted comments to the President’s Commission on Combating Drug Addiction and the Opioid Crisis for consideration prior to the Commission’s first meeting on June 16th, 2017. Read the comments here.

Ibogaine is a psychoactive alkaloid naturally occurring in the West African shrub iboga. While ibogaine is a mild stimulant in small doses, in larger doses it induces a profound psychedelic state. Historically, it has been used in healing ceremonies and initiations by members of the Bwiti religion in various parts of West Africa. People with problem substance use have found that larger doses of ibogaine can significantly reduce withdrawal from opiates and temporarily eliminate substance-related cravings.

Although first-hand accounts indicate that ibogaine is unlikely to be popular as a recreational drug, ibogaine remains classified as a Schedule I drug in the United States (it is also scheduled in Belgium and Switzerland). Yet despite its classification as a drug with a “high potential for abuse” and “no currently accepted medical use,” people who struggle with substance abuse continue to seek out international clinics or underground providers to receive ibogaine treatment.

What Is the Success Rate for Ibogaine?

Ibogaine is a psychoactive drug that induces hallucinogenic effects like those associated with the use of LSD or psilocybin. While the drug can lead to some short-term side effects, including anxiety after experiencing hallucinations, it has been touted for a few years as a potential solution to devastating addiction problems.

Recently, more studies in the Western world have focused on ibogaine as a potential treatment for addiction, especially to opioids, methamphetamine, and even cocaine, which are some of the most addictive substances. Anecdotal evidence suggests that ibogaine, which is derived from a plant found in the African rainforest, adjusts brain chemistry to the point that a person who otherwise might experience intense withdrawal symptoms for one or two weeks does not go through withdrawal or suffer from cravings. However, scientists exploring the potential of this drug in addiction treatment do not believe ibogaine completely ends addiction; instead, it interrupts the process.

“People think there is going to be a magic pill that’s going to erase addiction, and that’s just not reality. What they should not be desperate for is a quick fix.”

Dr. Martin Polanco, the founder of an addiction treatment center in northern Mexico, has studied ibogaine and says the drug is safe if it is properly administered.

Will Ibogaine Work In The Long-Term?

The long-term success rate of ibogaine is not known. Both clinics in Mexico say no one in their care has died from taking ibogaine, and both estimate about 40 percent of their patients stay off drugs long-term.

But the clinics acknowledge that information comes from those patients they stay in contact with. They add that the key to success for patients is ongoing support, and many times that means conventional treatment after they leave the clinic.

For this reason, thousands of people from the USA and Canada cross into Mexico to receive the drug that, according to some studies, could be effective in stopping addiction and controlling withdrawal symptoms.

And, unlike other therapies that need daily doses and monitoring such as buprenorphine or methadone, ibogaine only requires a single treatment.

In a review of clinical trials and studies, researchers noted that, while studies have supported the claims that ibogaine can help treat addiction, there needs to be more and better-controlled studies to determine the safety and efficacy of this treatment.