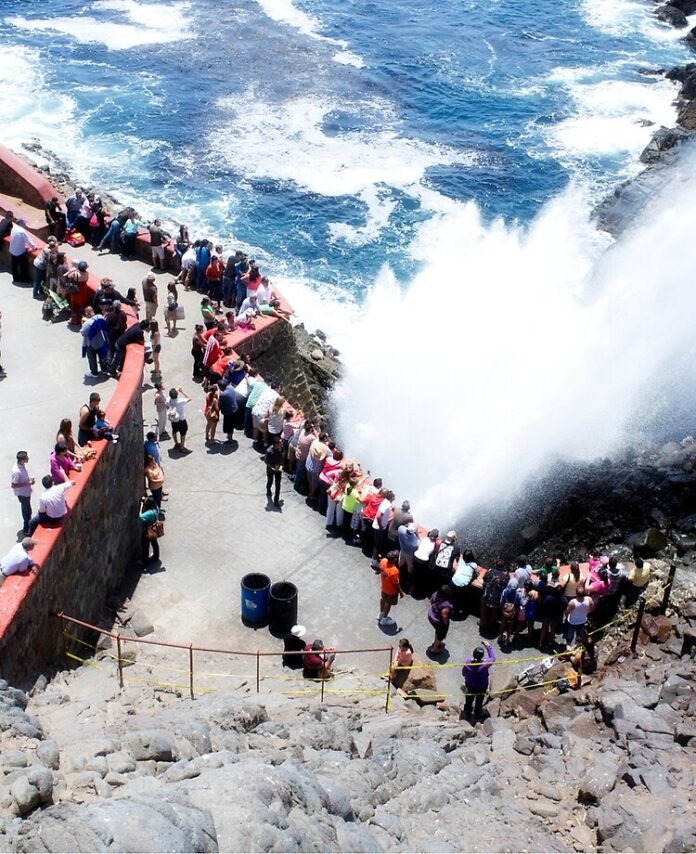 In Ensenada, Baja California, tourists were swept away by a wave after they descended to the ‘La Bufadora’ cliff despite the warnings of “No swimming allowed.”

In a video broadcast on social networks, it is seen when several of the tourists were swept away by the wave, in addition to the cries of despair of a person asking for their rescue.

One man jumped into the sea to support them and another threw a rope at them.

Incredibly after only a few minutes later the tourists managed to escape unscathed.

Video: Cartel attack on La Rumorosa was due to confusion