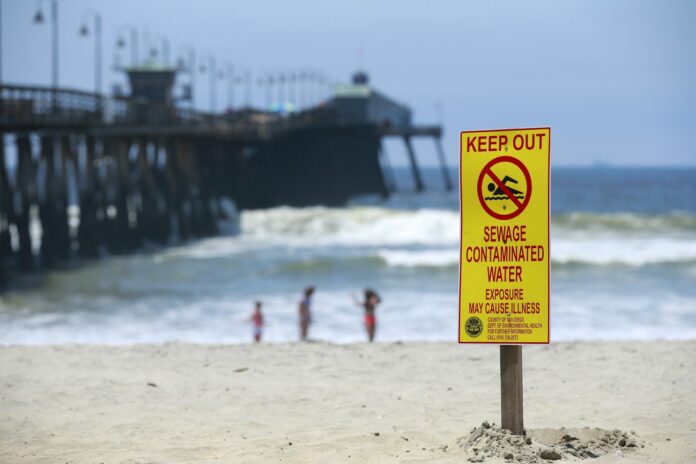 The sewage from Tijuana continues to spill into San Diego beaches with what seems like no end in sight.

On Sunday all beaches north of the U.S.–Mexico border were opened, Aguirre began.

But with how often the San Diego County Department of Environmental Health orders beach closures near the border, that could change soon.

Imperial Beach Council members are excited because $300 million was secured through IB’s congressional delegation for infrastructure on the U.S. side to amend this problem.

This money will go to either just diverting the flow of the sewage or to increase the capacity of the South Bay International Wastewater Treatment Plant.

Increasing that capacity would alleviate some of Mexico’s need to send the sewage down to Punta Bandera, where the sewage ends up impacting San Diego residents in a roundabout way.