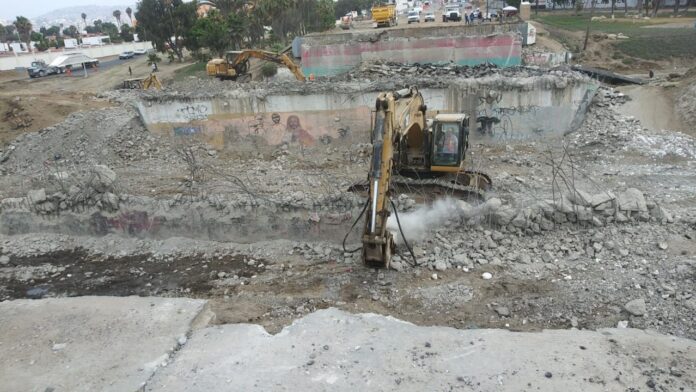 ENSENADA, BCS .- “Investing in the modernization of roads and public squares of the city, will bring as a consequence the attraction of tourists, both regional and neighboring states, for this reason, the Mexican Chamber of the Construction Industry (CMIC) supports this measure, especially because after the COVID, the studies show that now tourism will become more local, regional, who seek to visit open places with safe roads “.

The foregoing was mentioned by Cruz Adrián Santos Macías, president of the CMIC in Ensenada, who recalled that for many years, the city has not received so many works at the same time, either with state or federal money, especially that have to do with the modernization of parks, squares and now the creation of a park for skaters (Skate Park) or the renovation of the El Gallo node, this work alone estimated at more than 180 million pesos.

Santos Macías said that all this work will make Ensenada an attractive city for local tourism, since recent studies reveal that local tourism in Mexico grew 300% since March 2021, compared to the same month last year, according to the Sojern platform.

He also indicated that the reactivation has to do with the fact that approximately 32% of the population is already vaccinated.

“The traveler is regaining confidence and with this we are going to see a very positive economic recovery, in 2022 it will have to be consolidated and there will be a broad improvement in reservations and searches that indicate that the situation is about to improve,” said the leader of the CMIC in Ensenada.

National tourism in Mexico represents about 80% of the economic income while international tourism corresponds to the remaining 20%, hence the importance of continuing to invest in improving roads and making the city attractive.