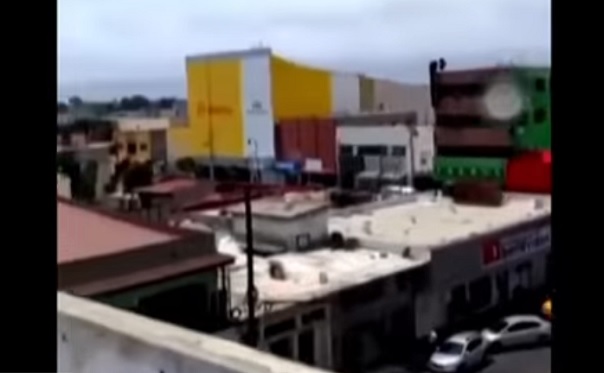 The suspect pursued by GESI personnel has a warrant for his arrest in the US for sexual crimes against minors.

An American named Anthony Luciano caused a shooting on Second Street in Tijuana when he was pursued by personnel from the International Liaison of the State Investigation Guard, for having an arrest warrant in the United States.

To translate video from a foreign language:

You’ll see that the subtitles have automatically been translated into English. While everything won’t be translated with 100 percent accuracy, the whole idea is that you can at least get a rough translation so you can easily follow along.

The North American criminal who wore tactical clothing and a bulletproof vest fired several times at GESI agents, injuring one of them and a civilian as well.

In his attempt to escape, he stole a vehicle at gunpoint on the corner of Second Street and Miguel F. Martínez, and he was chased by Tijuana Police patrol cars all the way down to the Plaza Bicentenario in front of the Tijuana Cathedral where he was injured, moments later he was transferred to a hospital in the city in critical condition to receive medical attention.

In the place, there was a strong operation by various police corporations, while staff of the State Attorney General’s Office was in charge of the corresponding investigations.