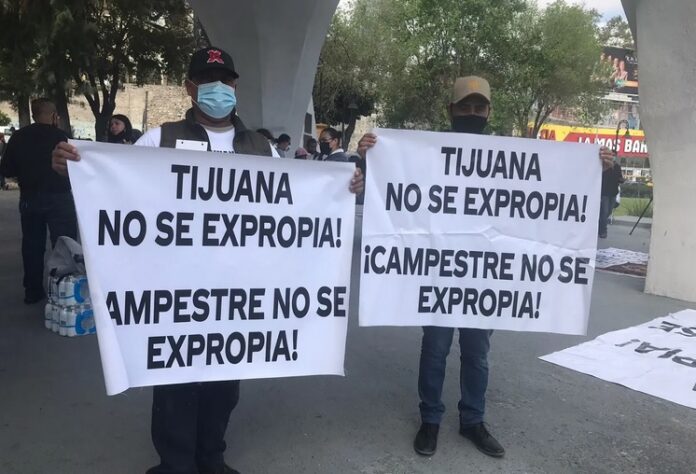 Around 500 employees led a public demonstration in the streets of Tijuana.

TIJUANA, Baja California- Employees of the Tijuana Club Campestre took to the streets to demonstrate against the expropriation of this Country Club, because they fear losing their jobs, and want to make this situation visible to society.

Filemón Lomelí Salmerón, general secretary of the hotel, canteen, and restaurant union Froc-Croc, indicated that about 500 people participated in this march, called by the union.

“Part of the union has promoted that the salary could be increased a little, right now they are above the minimum wage, of course, they are concerned, we are all concerned, but we are more worried about unemployment,” explained the secretary.

“Another concern is that once the expropriation decree is reached, the company refuses to compensate the personnel, it would pass into the hands of the government and they fear that due to the lack of resources they will not receive this compensation”, he pointed out,.

Serafín Osorio García, one of the Tijuana Campestre workers, stated that he has been an employee of the club for almost 16 years, and he feels confused with the current situation and feels uncertain about his job source.

“I do not know what will happen to us, because I am already of retirement age, and many families depend on this work, it is our source of income, the expropriation can affect us significantly,” said Serafín.