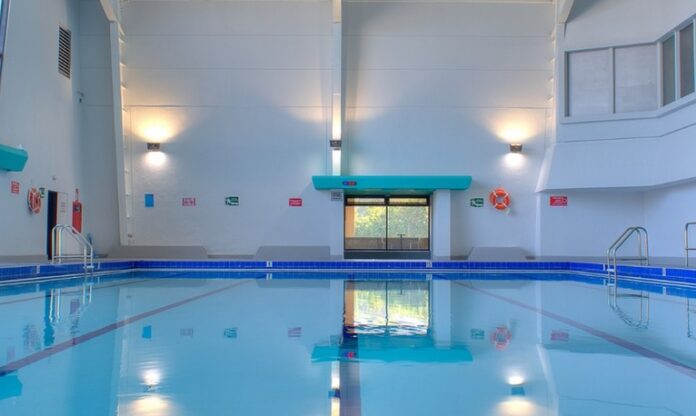 This is the Social Sports Club that the Morenista Governor of Baja California, Jaime Bonilla, wants to expropriate and that he has already formalized in the Official State Gazette.

The place, which has about 50 hectares, is located on the Agua Caliente Boulevard in the Municipality of Tijuana.

According to the President of Baja California, a few took possession of the land and since its origin, it has not provided any social benefit.

It has a golf course with 18 regulation holes. Several international championships have been held on the site.

In addition, it has an outdoor and indoor pool, gym, event room, two restaurants for 90 people, and a terrace with a capacity for 70 people, bar with bar, sauna, tennis courts, racquetball, soccer, and basketball.

The Baja California Government justified that, in 2009, Tijuana already had a deficit of urban equipment, and by 2020, 614.52 hectares were required for recreation.

Last January, Governor Jaime Bonilla assured that the club did not comply with water and property tax payments.

He accused the businessman and current Mayor of Tijuana, Luis Arturo González, of covering up irregularities at the club, of which he has been president three times.

On April 13, in the Official State Gazette, the State President stated that the lands are the most appropriate, suitable, and irreplaceable to carry out the construction and habilitation of the project called Complejo Interactivo Campestre, by virtue of the fact that there is no in the city with no other property that meets the characteristics.