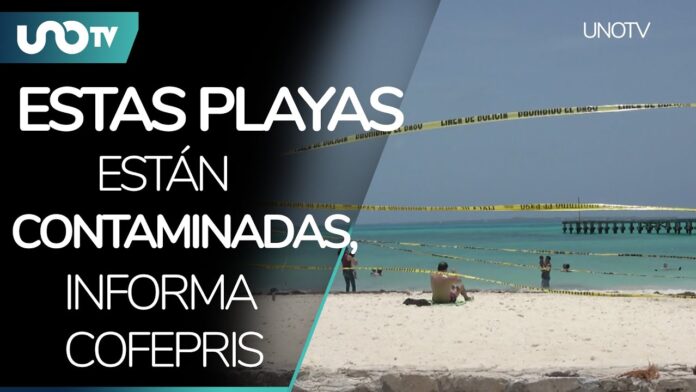 For a few weeks now, some videos of contaminated waters being released into the sea from the beaches of Tijuana and Rosarito have been circulating on social networks, so it is not surprising that the Civil Protection department will alert the population about possible infections that could derive from bathing in waters. contaminated.

This alert is extended because the hot season is just around the corner and it is when more bathers seek to enjoy the freshwater provided by the beaches. According to data collected by the Clean Beaches program, the Federal Commission for the Protection against Sanitary Risks (Cofepris) has declared poor water quality in beaches that include those of Tijuana and some of Rosarito and Ensenada.

On the other hand, according to a statement from the Tijuana City Council: “the contamination of the seawater detected on the city’s beach can cause severe infections in the skin, as well as gastrointestinal problems, burns or respiratory discomfort due to the presence of lead found. in some tests done by experts ”.

Likewise, Civil Protection of Baja California warned about visits to the dams, for two important reasons: because these are federal zones and because, although many people do not know it, the dams are not entertainment centers and on the contrary are very dangerous, as you can fall into holes or get caught in hidden trees and put your health at risk.

These beaches are not suitable for recreational use: Cofepris

The Cofepris reported which beaches are not suitable for recreational use and that, therefore, are harmful to health. In total, 1,800 seawater samples from 265 tourist destinations in Mexico were analyzed.

The Federal Commission for the Protection against Sanitary Risks (Cofepris) reported that the laboratory analysis carried out with seawater from 265 beaches, in 70 tourist destinations of the 17 coastal states, showed that 98.11% of these can be classified as suitable, since they comply with the safety levels for enterococci established by the World Health Organization (WHO).

The Cofepris reported that analyzes were conducted in coordination with authorities Health and the National Network of Public Health Laboratories.

To obtain these results, the authorities took samples of seawater during the weeks prior to the current holiday period, in order to analyze whether or not a beach represents a health risk.

The 260 beaches classified as suitable meet the requirements by having 200 or fewer enterococci per 100 milliliters of water.

What beaches are not suitable for recreational use?

The 260 beaches classified as suitable meet the requirements by having 200 or fewer enterococci per 100 milliliters of water.

Cofepris reported that unsuitable beaches are:

The previous beaches exceeded the established limits of 200 NPM / 100 ML of enterococci, thus giving rise to considering them as unsuitable for recreational use.

This level of consideration of suitable/unfit beaches, used by institutions to establish whether or not a beach involves a sanitary risk, is established in accordance with the guidelines of the World Health Organization, which is 200 enterococci per 100 milliliters of water.

Seawater from six beaches could not be analyzed

Cofepris reported that the water from six beaches in the country could not be analyzed by technical personnel, due to being closed due to the measures taken against COVID-19.

Destinations closed due to COVID-19 pandemic

The Cofepris stressed that the water quality measure does not mean an opening of the beaches or the security in them to be visited, considering the declaration of Sanitary Emergency for COVID-19.

The authority pointed out that it is important to follow the instructions of the state and municipal governments, as well as the indications of the health ministries at the federal and state level about the use, mobility, and coexistence in public spaces.

At the University of California, they revive the issue of the purchase of Baja California for ISRAEL

Crossing the Border from San Diego to Tijuana; What you need to know