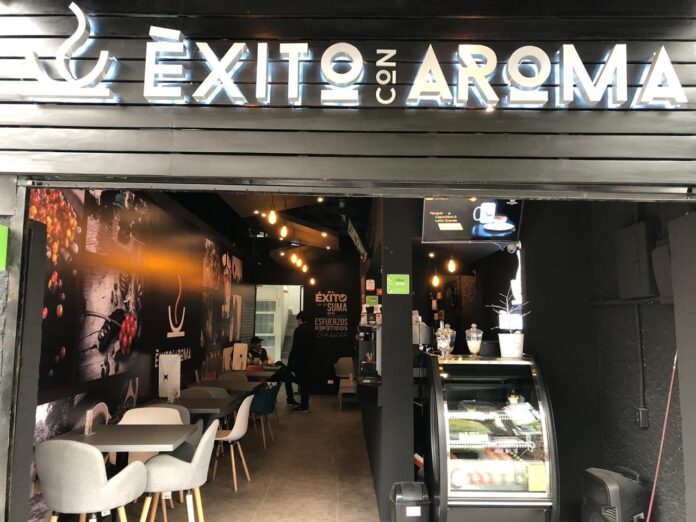 The number of coffee shops in the city has generated a great economic spill.

In recent years there has been a great increase in businesses dedicated to the sale of coffee, as well as the number of consumers who love this delicious drink.

Merchants have chosen to be more innovative, thus offering better proposals, quality, customer service and aesthetics of places and social networks to promote their products.

It is increasingly common to find coffee shops in the city of Tijuana, according to data from the 2019 economic census, the city has 158 businesses dedicated to the preparation of coffee , 30% more than in 2015, generating a large economic spill with the creation of jobs originated by its consumption.

In 1994 the Mexican bought 0.5 kg of coffee per year; Almost thirty years later, the amount is nowhere near tripling, in 2018 its per capita consumption reached 1.41 kg .

The coffee shops established in the city come to change the perspective of what was previously a cafeteria, adopting new mixtures of flavors, preparation methods, inventing concepts and perfecting drinks, in the same way, they allow the consumer to know more about this product .

Here we show you the most outstanding coffee shops in the city.

Nativo has two locations, one near the Chaparral gatehouse and the other in the downtown area.

Provides good care to anyone who decides to consume in the establishment, the decoration of the place creates an atmosphere of tranquility so that you can enjoy your drink; you can find all kinds of teas and coffees, as well as a secret house menu.

Located in Hipódromo, Leccero in the best place to hang out. Their house drink “Dulce de leche latte” is the favorite of those who buy at the establishment, you can enjoy it outdoors from their terrace.

Located inside Pasaje Revolución, Azúcar is characterized by being a happy and colorful place, a perfect spot to take pictures and try its famous Glitter Lattes.

Saint Cocó shows a different style to many coffee shops, highlights its aesthetic coffee bar, and the great taste of its drinks. Located in Hipódromo, it is the ideal place to enjoy the moment with those you love.

It has 7 branches, one of them in Valle de Guadalupe.
You can choose from a wide variety of drinks and in all their locations the customer service is always the best.

This cafe is located in the Revolución neighborhood, recognized for its peculiar setting, Dopamina offers an ideal environment to enjoy your drink in the company of your friends. It has specialty drinks like Fire Bomb, which we fully recommend.

According to the National Chamber of the Restaurant and Spiced Food Industry (Canirac) in Tijuana, of the more than a thousand establishments, around 350 exclusively serve coffee, while the rest also sell food.

In addition, the agency reported that each cafe employs, on average, five people, which would represent a workforce of around 10,000 workers in that sector.

According to the most recent study by the Asociación Mexicana de la Cadena Productiva del Café, AC (Amecafé), between 2002 and 2016, in Mexico, chain coffee shops expanded from 995 to 2,521 establishments, respectively.

Of greatest impact
The report establishes that the recent trend with the greatest impact on the coffee consumption market in the Country has been the entry and expansion of chain coffee shops, as well as independent coffee shops.

These coffee shops and bars offer added values ​​such as flavors or essences, mixed drinks such as cappuccinos, different preparation methods and coffees of exotic origins, introducing new concepts to consumers and increasing their knowledge of coffee.

According to the study, “Factors of Coffee Consumer Behavior,” by Priscyla J. Ríos Rodríguez, the increase in consumption is due in a significant way to coffee bars, since nowhere else in the sector or the government have they made any campaign or effort to promote its consumption.

A need
“There are already many people who see coffee as a necessity, the market itself, due to the proximity we have with California, has had a much stronger impact and has become more integrated into our community,” said Godofredo Monge Lizárraga, in charge of Public Relations. of Baristi.

He affirmed that the way in which coffee is consumed in Tijuana is different from how it is consumed in Mexicali or Ensenada
“The difference is the demand of the market, while in other parts they sell commercial coffee, here in Tijuana the specialty is being handled a lot”, he asserted.

Coffee has approximately 85 sensory notes, he noted, and encourages sharing.

“Coffee invites you to share thoughts and feelings, to do business, to talk about love,” he emphasized.

Baristi has been in the market for 20 years, and of the 16 cafes it has in the city, three opened in the last year.

“It has been an impressive boom, especially that more and more young people are becoming more knowledgeable, more expert, and more demanding in the quality of coffee,” said the president of the Tijuana National Chamber of Commerce (Canaco), Mario Escobedo Carignan. .

He explained that even many businessmen who have coffee outlets are already producing their own coffee in the Southeast of the country.

“It is happening to us like craft beer, each time we are specializing more, in aromas, in flavor,” he said.

In addition, he pointed out that the fact that the cafes are a meeting point and have Internet access has added to their popularity.

“You hardly see that they open a cafe and close it at the same time, with good service, with good quality, with good WiFi service, it is almost a sure guarantee,” he stressed.

In a block of a commercial area it is common for there to be at least one cafe, said the leader of the merchants.

“Some start out as coffee outlets and end up as restaurants, or specialize,” he added.

In addition to the growth of love for coffee, now there are also more tea consumers, said the president of Canaco.