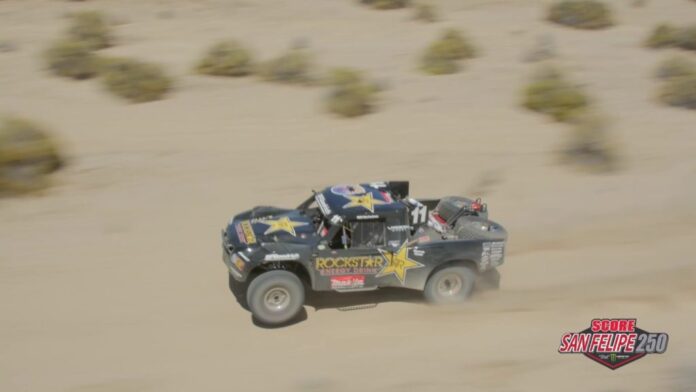 The SCORE San Felipe 250 is a 250-mile Mexican off–road motorsport race that takes place near San Felipe on the Baja California Peninsula. It was first held in 1982 and is sanctioned by SCORE International.

The 2016 edition was the 30th anniversary of the race, occurring from February 25–28 in a loop format.

Score International revealed that the routes for the 34th edition of the San Felipe 250 will open on Saturday, April 3, for much of the 280-mile route, except for the first 8 miles that will open a week later.

The announcement was made known on the official Score page on the internet, highlighting that the first mile cannot be traveled at any time, since that area is within El Dorado Ranch, the official start and finish area of the 250 miles .

On Thursday, March 25, the official map of the first date of the Score International 2021 World Championship will be released, an event that will be held under strict health protocols for Covid-19 in El Dorado Ranch, which includes not having fans in any of its activities, including the mechanical inspection.

San Felipe will have tourism at Easter, but with restrictions: mayor

The port of San Felipe will remain open at Easter, but with reduced capacity on the boardwalk and camping will not be allowed on the beach, informed the mayor of Mexicali, Guadalupe Mora Quiñonez.

He explained that the boardwalk will only be allowed access to vacationers who go to restaurants, or to buy in stores established in that area.

During the past holiday periods of Holy Week, San Felipe received a flow of between 40 and 70 thousand people, according to the figures offered by the authorities.

For this year, the “Safe Destination” operation will be applied, prioritizing the distribution of people to various points along the beach area, as well as in private camps.

The Easter period includes from March 28 to April 3, that is, two weekends.

Regarding the BAJA 250 race, which generates 100% hotel occupancy in the area, the municipality said that there will also be restrictions that will be announced next Friday.