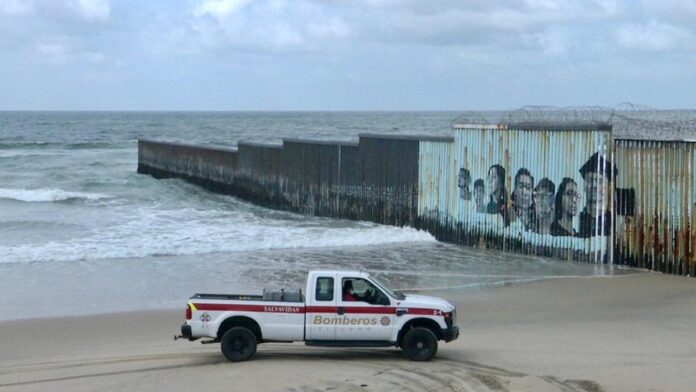 Around 2:00 in the morning of this Saturday, authorities found the body of a young migrant mother in Playas de Tijuana, who drowned while trying to cross into the United States.

According to reports, she was a woman of approximately 28 years old, of Honduran origin, and who orphaned two minors, who are in a shelter in the city.

The companion stated that the victim was the mother of two children, 11 and 13 years old, who are in a shelter in the city. State DIF authorities confirmed that the children already receive psychological care from the institution.

The wall in Playas de Tijuana is a recurring site of illegal crossing, where the presence of lifeguards and police is continuous, as well as the attempts of those who seek at all costs to cross the border. And it is precisely one of the most dangerous in the coastal area due to the currents that form with the wall and where there have already been four rescues of migrants so far this year.

According to lifeguards, the wall causes it to form like a type of channel, which is what causes the currents to gain strength.

“It is a rip current or return as we call it, that as soon as one enters, it begins to pull the current backward,” said one of the lifeguards from the aquatic rescue division.

For this reason, the coordination between authorities of both countries is essential to act in a timely manner in the attempted crossings and to be able to save the lives of migrants who see the journey as easy.

The woman was accompanied by one more person, who took her out of the sea to ask for help. Later, personnel from the Aquatic Rescue Unit, from the Tijuana Fire Department, intervened and confirmed the death of the migrant due to not having vital signs.

At the moment, it is unknown if the migrant who rescued her is her romantic partner or friend, however, it was at the disposal of the State Attorney General’s Office.