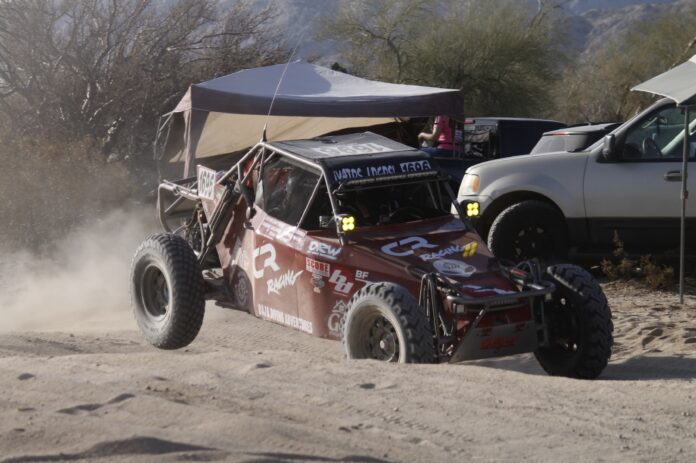 The Baja 1000 peninsular is the great objective of the CR Racing team, made up of Enrique Guerrero and Gilberto Cervantes from Ensenada, who have joined forces with their American friend Chris Racan, which is why this year they will participate in several series races such as CODE Off-Road and Record Off-Road Series.

The “Kiki” Guerrero indicated that everyone in the team thinks about the Baja 1000, especially along the route between Ensenada, Baja California and La Paz, Baja California Sur, “it is the race that one always wants to win, the best one for me”.

“Kiki” Guerrero and Cervantes in union with Chris Racan, became the winners of the Baja 500 in San Felipe last September, modifying their plan to run on all dates of the 2021 Score International World Championship, although highlighting that they will share the steering wheel among the three within the different competencies.

The Mexican and American team will clash on Saturday at the Laguna Salada in Mexicali with luxury rivals, among them the Mexican Roberto Romo, José Robles and Javier Valenzuela; Eric Durán from Tecate; Bruce Yee, as well as the ensenadenses Ernesto “Tito” Arámbula and Gustavo Aviña.

It will be interesting to see their development in the two competition heats in the Laguna Salada de Mexicali, an area where there will be a 22-mile track with a total of four laps and a 19-mile “Joker Lap” circuit, to which They will only give you two turns.

THEY WILL ALSO RACE VUELTA 200

Guerrero revealed that they will be present at the Rancho La Vuelta 200 race on Saturday, March 27 at the Héroes de la Independencia ejido, which is why on that date it will be Racan’s turn to drive their buggy and thinking of conquering as many podiums as possible.

Already with several years of participating in the Bajas, “Kiki” Guerrero is enjoying this sport with his family, so he points out that it is a world that has him very motivated and more that he shares his same passion with great friends like him. Racan himself and Gilberto Cervantes, who is the brother of the late runner Francisco “Zorro” Cervantes.

The “Kiki” Guerrero indicated that everyone in the team thinks of the Baja 1000, especially along the route between Ensenada, Baja California and La Paz, Baja California Sur, “it is the race that one always wants to win, the better for me”