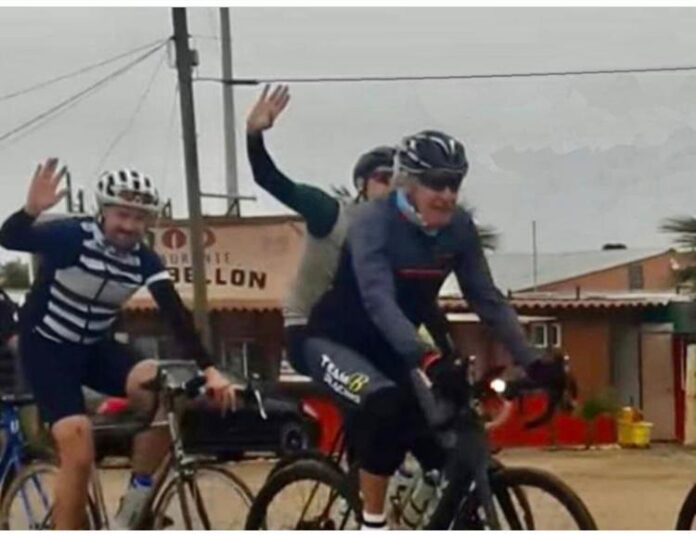 After a few days ago the actor of the famous film “Star Wars”, Harrison Ford, was virilized, tasting the gastronomy of Tijuana at the La Misión 19 restaurant, thousands of comments flooded the social networks about this fact, showing the affection towards the actor. Now the legendary Han Solo is about to travel the Baja California peninsula by bicycle with friends.

One of the popular news that has been circulating on social networks is the bicycle tour of the American actor, screenwriter, and film producer Harrison Ford throughout the Baja California peninsula, estimating that he will arrive in Los Cabos in approximately 4 days, It is currently passing the municipality of Mulegé, as was announced by cycling experts, Mario Meave.

Mario Meave, a member of the Ciclovía Recreativa de Cabo San Lucas, indicated that according to information provided by some residents of Mulegé, the actor who played Han Solo, just passed this morning through Mulegé Bay, which means that he is very advanced, waiting for the late-night of this Wednesday to arrive in the Loreto community.

Since last Friday the 78-year-old actor and recognized by films such as Star Wars and Indiana Jones in others, left the city of Tijuana last Friday in the company of a group of friends on a road bike to travel the entire peninsula, a situation that has caused the expectation of the South Californians who await their next arrival in the south of the state.

Harrison Ford is 78 years old. He was born in Chicago and, in addition to being an actor, he is a screenwriter, producer and director. His most important roles so far are Han Solo, from the Star Wars saga, and Indiana Jones .

He also participated in Los canñones de Navarone ; Apocalypse Now; The street of goodbye; The rabbi and the gunman; Blade Runner and ET, the alien.

He also has several awards: the Cecil B. DeMille Award, for his cinematographic career; the honorary Caesar ; and the National Association of Theater Owners awarded him the title of “Box Office Star of the Century.”

According to what was published on social networks, they explain that Harrison Ford has already been in San Quintin; This place is located 295 kilometers from Tijuana, staying in a well-known hotel to take the asphalt tape the next day (Sunday), according to the map of the peninsula the heaviest section was to cross Cataviña, because the area is completely desert.

In the information provided by cycling experts, they refer that Harrison Ford is traveling more than 120 kilometers a day, which is why he is expected to be in the municipality of Los Cabos next weekend.