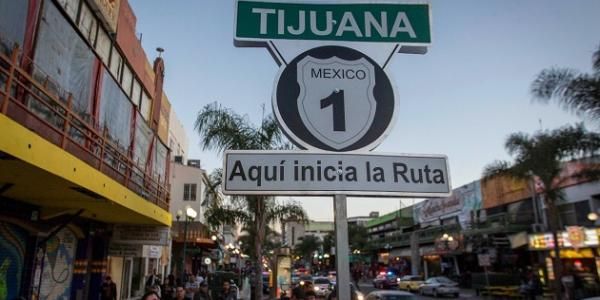 Your trip will begin in Tijuana and end in Chetumal

Lalo Villar, better known as the face of the YouTube channel ” La Ruta de la Garnacha “, will surprise the Mexican population by making a trip from corner to corner in the Mexican Republic, visiting 12 states, and will also show the varied typical gastronomy of each of these.

Through his videos, the YouTuber has put Mexican cuisine in the eyes of everyone, visiting from haute cuisine restaurants to smaller venues and even food carts. Starting this project in 2015 and currently having 1.75 million subscribers on YouTube, this channel has made the typical dishes of our country known throughout the world. You can check the video here

Last Thursday, through his Facebook page, Villar announced this trip which will take approximately a month and a half to complete, visiting places such as Tijuana, Ensenada, Ciudad Obregón, Guaymas, Tepic, Puebla, Yucatán, Chetumal, among many more. The goal is to find exceptional dishes; Within this video, he also invited users to leave their recommendations for places or foods in each place.

For example, this Thursday he asked his followers what they recommend eating in Tijuana, since they will be in the border city for two more days.

If you are part of the exclusive members of the channel, then you will be able to attend the exclusive gatherings that will be held in each city, where you will eat with Lalo Villar and other followers. The suitcases were packed and the trip already started on March 4, so don’t get lost and discover which places in Tijuana will stand out.

The funniest guide to urban foods. The term “Garnacha”, in Mexico, is used to refer to almost all the food that is sold on the streets. Discover with Lalo Villar the flavors of Mexico through his food. SUBSCRIBE! Business / Media / Press: [email protected] Like Facebook: https://www.facebook.com/LaRutadelaGarnachaMx Follow us on Twitter: https://twitter.com/larutagarnacha Instagram: http://instagram.com/ larutadelagarnacha Every Thursday a new recommendation. .youtube.com