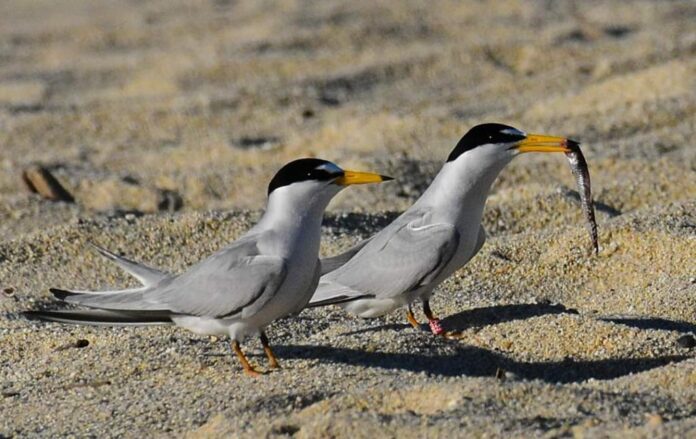 The first public policy proposal for its protection in the national territory will be presented, revealed Dr. Graciela Tiburcio Pintos

Los Cabos will participate during the annual meeting on the Californian Sea Cock (Sterna atillarum) 2021 and, in addition to the results obtained in 2020, will present the first public policy proposal for its protection in the national territory.

2021 Annual California Least Tern Meeting is convened each year by the California Department of Fish and Wildlife and this year it will be held on the 18th of this month, with the aim of presenting the actions and results during 2020 of the different groups of Las Californias that protect to the sea cock, the virtual participation of more than 30 conservationists and researchers is expected as speakers.

The Gallito Marino, being a migratory species, becomes an important shared resource that only with local and regional actions can be effectively protected. That is why each program will present its results and progress, in order to exchange experiences.

On the part of Los Cabos, Dr. Graciela Tiburcio Pintos and biologist Guillermo Herrera Quechol will present on the nesting areas in the Municipality and a proposal for their conservation. Twenty years after starting the protection of the colony of Gallitos Marinos del Estero and 4 years after initiating an investigation to determine the nesting areas of the Gallito Marinos in the coastal ecosystem of the Municipality of Los Cabos and identify and quantify the factors negative impacts that impact the species and put its permanence at risk by the SyCOMA Organization in coordination with CIBNOR and Ryan Institud.

Today we know, thanks to the results, that a total of 7 nesting colonies are reported throughout the 180 km of the study area (one of them extinct due to the construction of a tourist development). During the development of the work, the following factors that negatively impact the species were identified, which can be divided into factors of human origin and natural factors.

Those of human origin being the ones with the greatest impact, among which are: Vehicle, pedestrian, and livestock traffic; predators introduced by man (dogs and cats); poaching of eggs by humans, pollution, coastal development, and lighting. Regarding the factors of natural origin, meteorological impact and nests destroyed by tidal effects are pointed out, as well as natural predators such as coyotes, crows, and kestrels.

For 5 years fundamental actions have been carried out by the SyCOMA Organization as Management; Information, awareness, and Education of the Society; community participation in conservation and research, in order to reduce negative impacts. Today, the results obtained are thanks to the community component, without the volunteers the results in each season would be impossible.

It should be noted that in the 2020 season, during the protection work, the councilor Tabita Rodríguez participated, who, seeing the impacts and aware of the situation, carried out an exhaustive work with the SyCOMA Organization so that, with the data of 3 years of investigation, It will be possible to elaborate a point of agreement to present to the Cabildo de Los Cabos and to be able to effectively protect the iconic nesting colony of the Estero de San José, said point of agreement will be presented in the next session, reiterated Tiburcio Pintos.

If this proposal is approved and put into practice, it will be the first public policy by a government in our country specifically directed to protect the Gallito Marino, he reiterated.

Since the sea cock is considered an “umbrella” species (Umbrella species or umbrella species are all those species selected to conserve an ecosystem or other species, since, in general, by protecting these species, they are also protected indirectly to many others that share their habitat).

If the point of agreement is approved, in addition to protecting sea cockerels, the bar of the Estero Reserve, nesting areas of Tildillo (Charadrius vociferus) , nesting areas of sea turtles, rest areas for more of 20 species of shorebirds and aquatic birds among others.