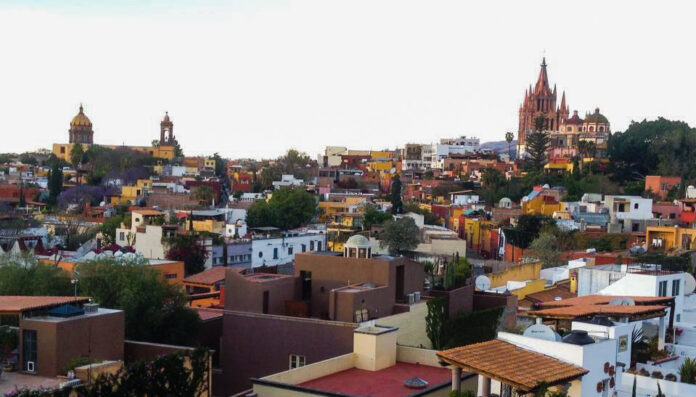 Described as a center for artists, with colonial streets and impressive architecture that stands out for its cathedral, this Mexican city is recognized in the world.

The Readers Choice Awards, held annually by Condé Nast Traveler, named San Miguel de Allende, Guanajuato, as The Best Small City in the World for 2021. The city was chosen by more than 715 thousand readers, who voted for their experiences of favorite trip around the world.

In the ranking of the 10 best small cities in the world for 2021, they accompany San Miguel de Allende, Chiang Mai in Thailand, which came in second place, followed by another Mexican destination, Mérida, Yucatán. Monte Carlo, Monaco in fourth and Valletta, Malta in fifth. The rest of the recognized places on the list are Salzburg, Austria, Siena, Italy, Victoria, Canada, Florence, Italy, and Edinburgh in Scotland.

San Miguel is a city declared a World Heritage Site by UNESCO (2008). It is admired for its Spanish Baroque architecture, flourishing arts scene, and cultural festivals, and is a favorite of American and Canadian expats, tourists who constantly rent luxurious properties to stay in this destination.

Considered one of the best tourist destinations in the world, San Miguel de Allende is the ideal place to purchase a property like this extraordinary modern masterpiece that boasts fantastic views.

San Miguel began its reopening process on July 15, after a four-month closure due to the pandemic. With more than 200,000 residents, San Miguel has reported one of the lowest numbers of COVID-19 cases in Mexico. This is the result of strict health policies, and its local Health First certification, which was launched on May 25 and was reinforced with certification with the WTTC Safe Travels seal on July 2.