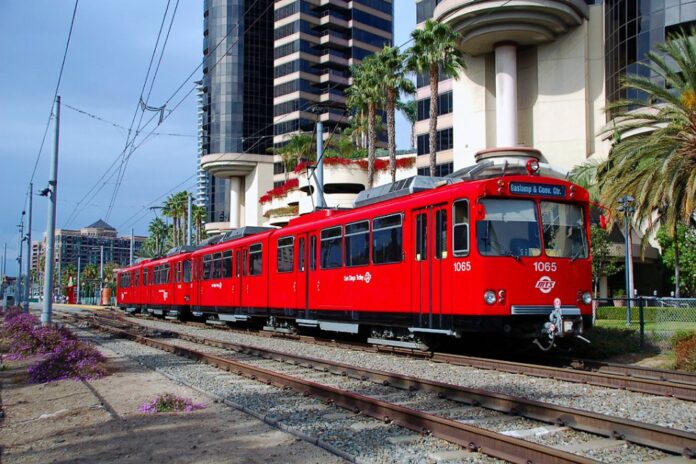 You would have to go through a pre-selection process to be able to use the tram.

Waiting times are a torment for the inhabitants of the border between Mexico and the United States, people who live in Tijuana but have to cross to San Diego to work sometimes have to stand in line for 4 hours, which means getting up very early.

However, there is hope that these situations will end soon, SANDAG has announced that it is making progress on a proposal that will allow the Blue Line trolley to be extended approximately one mile to Tijuana.

In other words, it will be a cross-border tram and it will also be the first of its kind in the country, something that is intended to be achieved with the support of partners that the United States has in Mexico, said Antoinette Meier, senior director of Regional Planning at SANDAG.

According to what was reported, waiting times could be as little as 10 to 15 minutes, however, everything would indicate that tram users would have to go through a pre-selection process similar to that of the CBX border crossing.

SANDAG’s Senior Director of Regional Planning stated that the next step will be to enter into agreements for the association and then move to the design stage and culminate in the development stage.

This project would join that of the Otay II Garita, an intelligent garita that also has the purpose of reducing waiting times and is scheduled to come into operation in 2024.