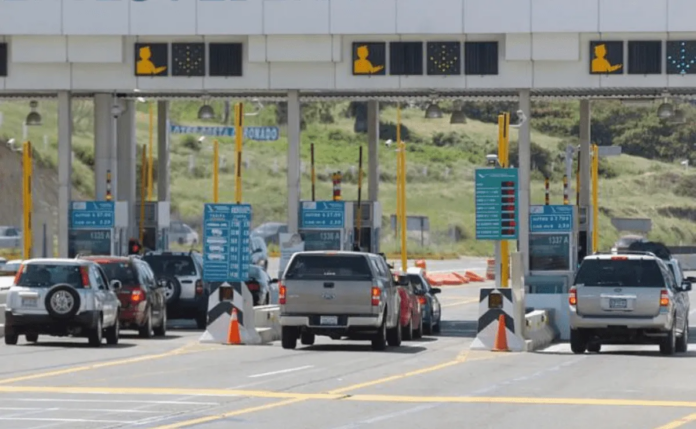 After the armed attack suffered by tourists from the United States who were traveling along the Ensenada-Tijuana scenic highway near the Mission, authorities from the three levels of government agreed to reinforce patrols along the Scenic Highway.

According to what was reported by social networks, the incident occurred during the early hours of Monday, November 29, when a Sedan Toyota brand vehicle tried to block the way at the time it made firearm detonations against them, so the tourists in their attempt to escape accelerated until they reached the toll booth in Rosarito where they provided support.

The tourists’ vehicle was left with traces of the armed attack, and paramedics from CAPUFE went to the place who treated them, however, only minor injuries were caused by the broken glass.

In this regard, Francisco Ramos Arce, Coordinator of the Security Tables in Baja California, said that, after the report of the tourists, elements of the National Guard arrived at the toll booth.

The official indicated that they are in talks with CAPUFE to provide maintenance to the lighting of the Scenic Highway in sections that are dangerous and provide greater security for people who travel on the highway.

“It is an issue that we are addressing the three orders of government, municipality, state, and federation, also the State Attorney General’s Office, to promptly follow up on complaints filed by citizens, all those people who were affected by attacks or damage in property that present their complaints and they will be promptly followed up ”.

This was expressed by the person in charge of the Security Tables, who added that the Ensenada municipality adhered to the last meeting with municipal authorities of Tijuana and Rosarito to discuss the criminal acts that have occurred on the Scenic Highway.