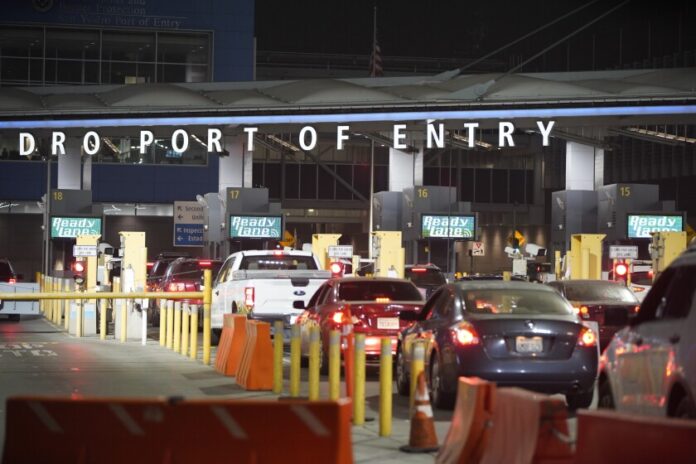 Tijuana-San Diego. A trucker from Mexico was arrested after trying to smuggle record-breaking amounts of methamphetamine and fentanyl into the U.S., federal prosecutors said.

More than 17,500 pounds (7,930 kilograms) of meth and 389 pounds (176 kilograms) of fentanyl were discovered last Thursday hidden inside a tractor-trailer at the Otay Mesa Port of Entry in San Diego, according to a statement from the U.S. Attorney’s Office.

Carlos Martin Quintana-Arias, a Mexican citizen, faces federal drug charges. It wasn’t known Monday if he has an attorney.

The driver’s manifest indicated his truck contained auto body parts, but “anomalies” were detected in the trailer by both an X-ray machine and a drug-sniffing dog, according to the statement.

The arrest comes as overdose deaths in the US are surging, and fentanyl, a synthetic opioid, is being blamed for this increase. The drug, which is far more potent than heroin, often finds its way into other substances such as painkillers or cocaine.

The number of drug overdose deaths in the US rose nearly 30% during a 12-month stretch of the pandemic, compared with the previous year, according to recently released data from the CDC. In the past year, fentanyl was involved in more than 60% of overdose deaths.