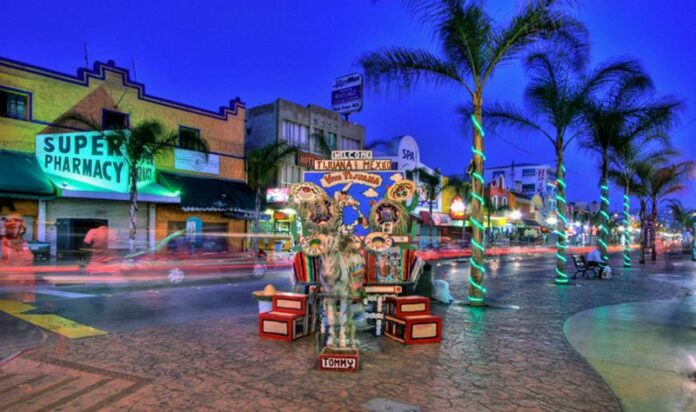 Oralia Perez waited nervously and excitedly on the US side of the border from Mexico for the chance to hug her sister and mother for the first time in almost 20 months.

One minute after midnight east coast time, ie the first moments of Monday – which was actually still Sunday night, 10.01pm local time, in El Paso, west Texas, where she was – the US government lifted pandemic restrictions on non-essential cross-border travel for those who are vaccinated.

As soon as the deadline passed, Oralia’s sister Guadalupe Perez and their mother Lorena Hernandez were among the first to rush by foot across one of the international bridges linking Mexico and the US, and in the late fall chill and the darkness, they flung themselves into each other’s arms.

The last time the three had been together was February 2020.

“As soon as we found out they were being allowed to pass, we couldn’t wait for today,” Oralia said. “They were very difficult months.”

Hernandez said she had been afraid the authorities would decide yet again it wasn’t time to reopen the border. But having crossed successfully she stroked Oralia’s hair and beamed.

The women repaired for the night and on Monday morning they had a celebratory breakfast together at the American chain staple, International House of Pancakes (Ihop), in El Paso. Then they went shopping, thrilled to be back in each other’s company, Oralia told the Guardian.

The US temporarily limited inbound border crossings from Canada and Mexico to only “essential travel” from 21 March 2020. Restrictions were extended again and again, finally coming to an end at the start of this week.

In El Paso, the city and county authorities, the police department and the federal Customs and Border Protection agency coordinated to oversee the clusters of people eager to cross by foot or car into the US for the first time in almost 20 months.

Agents checked passports and proof of vaccination and visitors began trickling in from the Mexican metropolitan area adjacent to El Paso, Ciudad Juárez, and all along the almost 3,000 miles of the US-Mexico border on Monday.