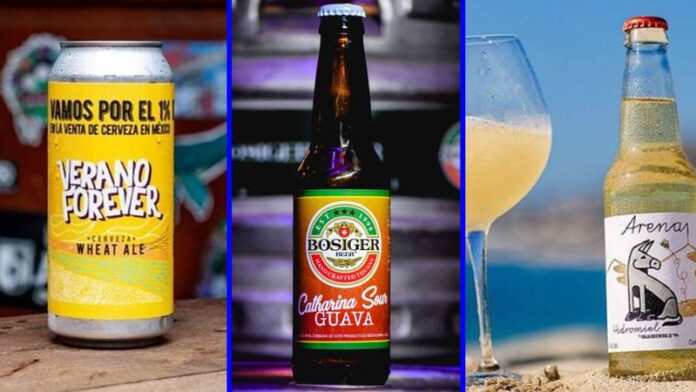 In the 2021 Mexico Beer Cup competition, three breweries from Querétaro, Tijuana, and Baja California Sur stood out for their multiple medals. We tell you which are the best of this year

This year the best breweries in Mexico are in Querétaro, Tijuana, and Baja California Sur states where the ones that obtained the most medals in the 2021 Mexico Beer Cup competition, the most important in the country.

After being postponed in 2020 due to the COVID-19 pandemic, this year the Mexico Beer Cup was held again in its eleventh edition.

The World Trade Center in Mexico City brought together breweries from all over the country for three days.

In addition to talks and workshops on this drink, the 2021 Beer Mexico Professional Competition was held, in which small, medium and large brewers participated. 28 international judges tasted nearly 600 beers from 130 breweries to determine the winners.

42 categories were awarded such as Light Lager, Munich Helles, German Pilsen, American Pale Ale, fruit beers, experimental, there was even one of various meads.

The establishments that stood out for the highest number of medals were recognized as the Best Breweries in Mexico in three categories.

This craft brewery has a wide selection of imported drinks and beers and they are located in Tijuana, at Paseo de los Héroes 9415 Plaza Fiesta, Local 8 IF, Zona Urbana Rio Tijuana.

Although they are also present at various events such as Oktoberfest, you can keep an eye on them on their social networks.

You can get them on their website Baja Brewing Company

Here you can review all the winners by category: Results of the Professional Beer Competition Mexico 2021

Prices in Rosarito restaurants could increase in January