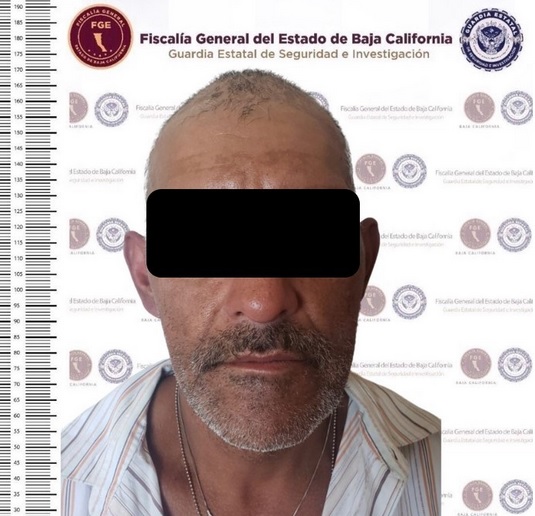 The State Attorney General’s Office completed the arrest warrant that existed against Carlos Efrén N., for the crime of burial and exhumation of corpses, in its modality of transfer of human remains.

Through uniformed elements of the State Security Guard and investigation, stationed in Playas de Rosarito, it was possible to comply with the judicial mandate, derived from criminal case 701/2019.

The defendant Carlos Efrén N. is accused of the fact that occurred on November 11, 2019, when according to testimonies in the investigation file, two men, one of them Carlos Efrén N., transported along with his accomplice Rodolfo N., a dark suitcase, which fell on them, observing that a back of a corpse came out from inside, without hands, without feet, and without a head, and when they were surprised, they withdrew from the place.

Both were arrested, and once they were prosecuted by the Public Ministry, they were linked to a process by the Control Judge, without precautionary measure.

On April 20, 2021, an arrest warrant was issued against Carlos Efrén N., since the defendant did not appear at the hearing scheduled for that day, for which he was declared removed from the action of justice and the process.

Regarding his accomplice Rodolfo N., it was reported that he died on December 25, 2019.

Carlos Efrén N. received the arrest warrant and was placed at the disposal of the control judge of the Baja California judicial district.