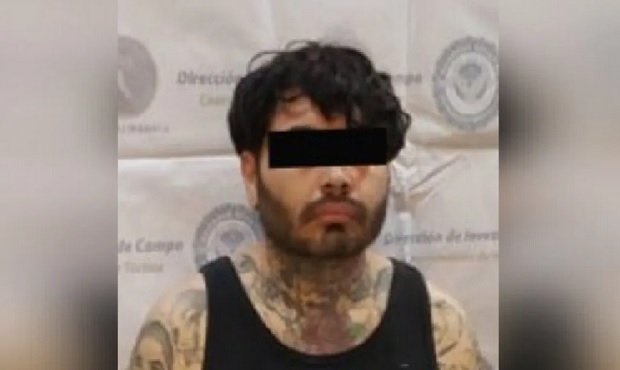 The Attorney General of the State of Baja California (FGE) confirmed this information through a publication on its official Twitter account, indicating that a court order was complied with, in collaboration with agents of the Baja California State Security and Investigation Guard (GESI), and agents of the Mexican Navy Secretariat (Semar).

According to local media, in the arrest of Salvador ‘N’ three bags of methamphetamine with an approximate weight of 269 grams were seized, which were delivered to the FGE.

Regarding the capture, it is indicated that agents of the GESI and Semar in a joint operation, carried out a search of a home on Miguel Hidalgo street in the Centro Artesanal neighborhood of Ensenada, achieving the arrest of the operator and hitman of the Sinaloa Cartel in that city.

“El Wachis” is identified as a drug dealer with a strong presence in Colonias such as Maneadero, Cañón Buenavista, Centro Artesanal, Chapultepec, Villas del Real, and Villas del Rey, who would have become a leader of this criminal group due to the use of violence to control different points of drug sales.