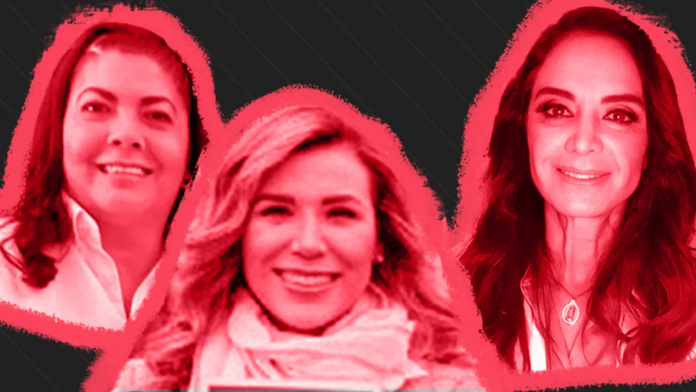 Baja California is the entity that has a greater female presence in its candidates for state government. Lupita Jones, Marina del Pilar Ávila and Victoria Bentley will compete for the position currently held by Jaime Bonilla.

On June 6, the vote will take place to choose who will replace Jaime Bonilla Valdéz in the state government of Baja California, one of the border states in the north of the country.

In this entity there is an important female presence among the candidates, three women will go for the citizen vote during the electoral day that will take place between 8:00 and 18:00 local hours. Who are they?

Lupita Jones for the PAN-PRI-PRD alliance

Jones has a Bachelor of Business Administration and has worked primarily as an entrepreneur in the beauty and fashion industries.

In the ranks of the federal executive party, Marina del Pilar will compete for the position of governor of Baja California, representing in addition to Morena, her allies the Green Ecologist Party of Mexico (PVEM) and the Labor Party (PT).

Marina has a law degree and postgraduate studies in public policy and administration. She has worked as a lawyer and has held public positions, currently she is the mayor of Mexicali, Baja California.

Representing the Progressive Social Networks party Victoria Bentley Duarte is one of the candidates for the government of Baja California.

Bentley has a Law Degree and her public positions include union leadership and her activity as a legislator for the PAN. The candidate for Progressive Social Networks is the only one of the three women who is not originally from Baja California, she was born in Agua Prieta, Sonora.

In addition to the three candidates, three men (Alejandro Mungaray, Carlos Atilano, Jorge Hank, and Jorge Ojeda) compete for the Government in Baja California. Additionally, 17 councils with a relative majority, 8 councils with proportional representation, 63 regidurías, 5 city councils and 5 receiverships will be chosen.