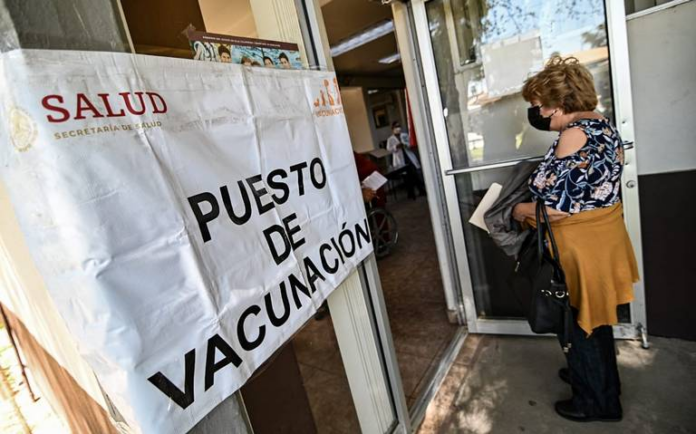 One day before the start of the vaccination, the points where the doses against covid-19 will be applied in the municipality will be announced

The Secretary of Health of Baja California, Alonso Pérez Rico, announced that it will be next Saturday, March 27, starting at 8:00 a.m., when mass vaccination will begin in the municipality of Tijuana, after a shipment anti-covid dose reaches the entity on Friday, March 26.

According to the health authority, the federal government contacted Baja California, announcing that a little more than 4 hours ago around 400 thousand doses of the pharmaceutical company Pfizer arrived in Mexico, but it will be until Friday at approximately 1:00 p.m. hours, that the doses reach the state, so this delivery will depend on whether the immunization plans are actually carried out on the planned date.

Regarding the areas where the immunization of the Tijuana people will officially begin, Pérez Rico commented that these will be announced during the March 26 broadcast carried out through Facebook corresponding to the Baja California government, for which he asked those interested to stay aware of the official information that is shared that day.

He also stressed the request not to queue at the specified points to receive the vaccine against the SARS Cov-2 virus, since ” there is no need because everyone will reach it “, also ensuring that once the plan of vaccination in Tijuana will not stop until 100% of the population over 60 years of age have been vaccinated.

Among the recommendations that the health jurisdiction gave to the people who will be vaccinated soon, are to go fed, carry both the CURP (Unique Code of the Population Registry) and the voter’s credential, as well as a bottle of water and a pen to fill the formats that will be provided.

The Secretary of Health informed that there will be four mass vaccination sites and they will be in the following locations:

The State Secretary of Health, Alonso Pérez Rico said that 10 peripheral points will also be installed in the eastern part of the city and indicated that it is expected to vaccinate between 20 to 25 thousand older adults per day.

In the case of other entities such as Rosarito, vaccination will begin this Saturday and for this, three reception points will be installed located in the Baja California Center convention center, Cobach Rosarito campus, and the health center in Primo Tapia.

Attendees must present their voter ID, proof of address and, if possible, the printed page of their vaccination record to expedite the processes.

It is also requested to attend breakfast, have taken their medications and have time availability.

The Ministry of Health reported that the vaccines will be applied from 9:00 a.m. to 5:00 p.m., to people over 60 years old, giving priority to adults over 80 years old.