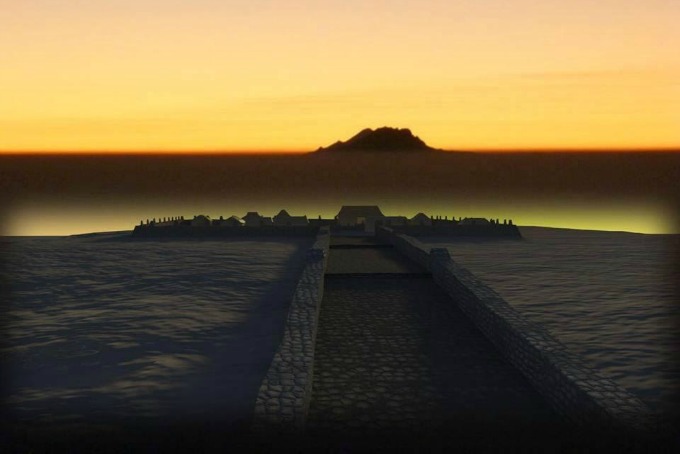 Mount Tláloc houses a huge archaeological site, testament to the ritual importance of this volcano in pre-Hispanic times.

One of the lesser-known but equally picturesque volcanoes in Mexico is Mount Tláloc, which has at its top one of the most important ceremonial centers dedicated to the god of rain.

Mount Tlaloc is a volcano located in the Central Volcanic Belt Transversal, nestled between the towns of Ixtapaluca and Texcoco in the State of Mexico. It occupies the number nine of the highest mountains in Mexico, with a height of 4,120 meters above sea level. However, what really makes Mount Tláloc stand out is not its geographical features, but its enormous historical and archaeological importance. His name already gives us a clue: it is not gratuitous that he was baptized in this way; it had a very significant religious and ritual connotation in the times of Mexico-Tenochtitlán.

In this place, there is a phenomenon known as the ” Ghost Mountain ” that surprises the citizens of the Valley of Mexico near the area of volcanoes and mountains, because, between February 7 and 12, the sun aligns itself between the  Pico de Orizaba, La Malinche and Monte Tláloc, and a huge shadow forms on the other side of the mountain that covers the region and the illusion of forming a super mountain.

At the top of the volcano was found a huge ceremonial center covering about 4,600 square meters (the largest in the world built on a mountain), entirely dedicated to the god of thunder, rain, and maintenance. This monumental temple was erected by one of the most powerful civilizations in Mesoamerica: the Triple Alliance made up of Tenochtitlán, Texcoco and Tlacopan. Such devotion was due to the fact that a large number of springs and rivers flowed from Mount Tláloc, which provided (and continue to provide) water to the villages of the valley.

Up to 176 sites with archaeological evidence have been registered in its vicinity, which shows the incredible respect and veneration that the pre-Hispanic inhabitants had for the volcano. Inside and around these sites, a large number of petroglyphs stand out, carved in the shape of aquatic animals or amphibians, such as snakes, turtles, lizards, and frogs, all representative symbols of the cult of the vital liquid. Its function was to honor the deity who fostered good harvests and a harmonious relationship with nature.

The ceremonial center was an earthly reproduction of the tlalocan, the divine place from which came the water necessary for life on Earth. Furthermore, Mount Tláloc marked one of the four cardinal points in the sacred geography of the Mexica, complemented by Popocatépetl, Iztaccíhuatl, Nevado de Toluca, and La Malinche. It was also an important pilgrimage site, where people came from all over to ask the favor of the god. It should be noted that the center also served as a tetzacualco or astronomical observatory, in which an undetermined number of astronomical and calendrical observations and computations.