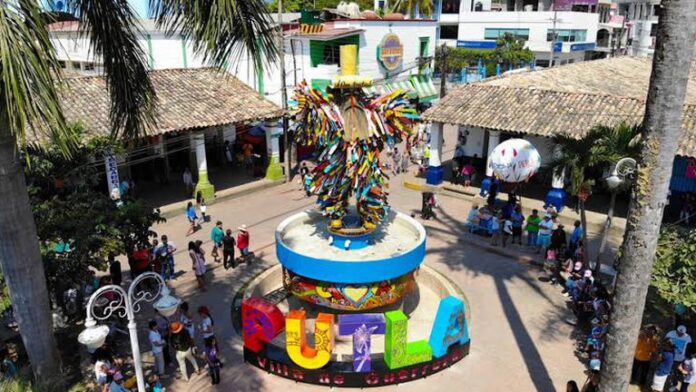 Putla Villa de Guerrero (which in Nahuatl is Poctlan) is located in Oaxaca, specifically in the Sierra Sur region.

The story dates back to the Mixtec tribes who lived in the ancient town of Putla, near San Juan Lagunas and were in charge of the Lordships of Tututepec, one of the four major kingdoms of the Mixteca region.

For years, and as a consequence of various diseases, they migrated from place to now Putla Cemetery (derived from the Mixtec word Ñuu Ñuma) which in Spanish means place of smoke and today is known as “Ñuu Kaa” (Place of metals). 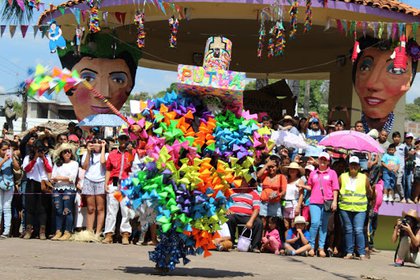 Putla’s name also originates from Puctitlán, which means “where there is a lot of smoke” and is composed of poctli: smoke and tla: suffix that denotes abundance.

Putla’s name also originates from Puctitlán, which means “where there is a lot of smoke” and is composed of poctli: smoke and tla: suffix that denotes abundance.

Putla in 1907 was the district capital, previously it belonged to the district of Juxtlahuaca, being Governor of the state Lic. Emilio Pimentel, but he separated from this district due to the murder of the mixed judge of the first instance in that place at the hands of Heliodoro Carrasco

Putla is characterized by its rich flora and fauna, it has a warm humid climate (much of the year). For this climate, you can find the sowing of tropical fruits such as banana, cane, coffee, rice, mango, cocoa, tobacco, watermelon, lemon, pumpkin, honey, mamey, among others.

Unlike other towns, which must buy at the Central de Abastos, Putla residents go to Oaxaca City to be able to offer their products.

Several rivers disembark from the valley and among them the following stand out: Copala, La Cuchara, Yutiuhi, Yutee and La Purificación.

The calendar of September 8 or the Nativity of Mary and Expo-Putla is celebrated once a year, in the month of December.

In the town they also have various celebrations, because the traditions in Putla are in a big way. The carnivals are celebrated with different dances: of the old men, of the coppalas and of the mascaritas.

The calendar of September 8 or the Nativity of Mary and Expo-Putla is celebrated once a year, in the month of December.

The eighth of the Nativity of María Santísima is celebrated with calendas, dances, fireworks, processions, a popular fair and music. 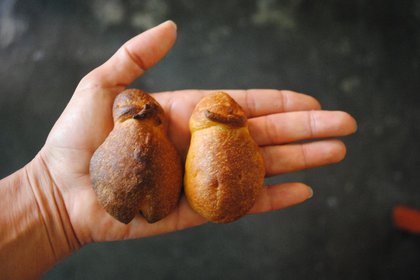 The yellow mole or epazote is a typical dish of Putla

The town’s parish dating from the 16th century and the Asunción Atoyaquillo hacienda are the two historical monuments that Putla has.

Why did Putla become a trend?

In the broadcast of the program “Es la Hora de Opinar”, hosted by Leo Zuckerman on Foro TV, Jorge Castañeda offended two municipalities in Oaxaca where he mentioned that it is a “horrible people” and “suburban” regarding the arrival of Cuban doctors to help fight the coronavirus pandemic in Mexico.

“In some way, Cuban doctors expose the local (doctors) because the locals don’t want to leave – I can’t use the correct, scientific word – but to a town with a previous suburban adjective, later, whereby the way, Héctor He remembers very well (…) when he finished his medical degree here at UNAM, he went to a horrible town in Oaxaca, Putla, if I’m not mistaken, and then thanks to Héctor and his friendship with Diodoro (Carrasco, then governor of Oaxaca ) I think we were able to send her to another town, a little less horrible, but so she left with great enthusiasm, no, and a Cuban if he goes to Putla, happy with life “

Zuckermann, Héctor Aguilar Camín, and Javier Tello never questioned his offense, they only dedicated themselves to laughing at the pejorative comment.

“More corrupt than ever”: Jorge Castañeda denounced that 4T agents confiscated his passport

In the last hours, the name of Jorge Castañeda has given something to talk about in the public sphere, because through social networks he has published a series of messages against the government of Andrés Manuel López Obrador.

And it is that the former Secretary of Foreign Relations denounced that two customs agents confiscated his passport in Terminal 2 of the International Airport of Mexico City (AICM).

Castañeda, who worked during the six-year term of Vicente Fox Quesada (2000-2006) for the National Action Party (PAN), accused that officials of the so-called 4T had left him without his identification.

The US donates scanners to inspect pedestrian crossings into Mexico