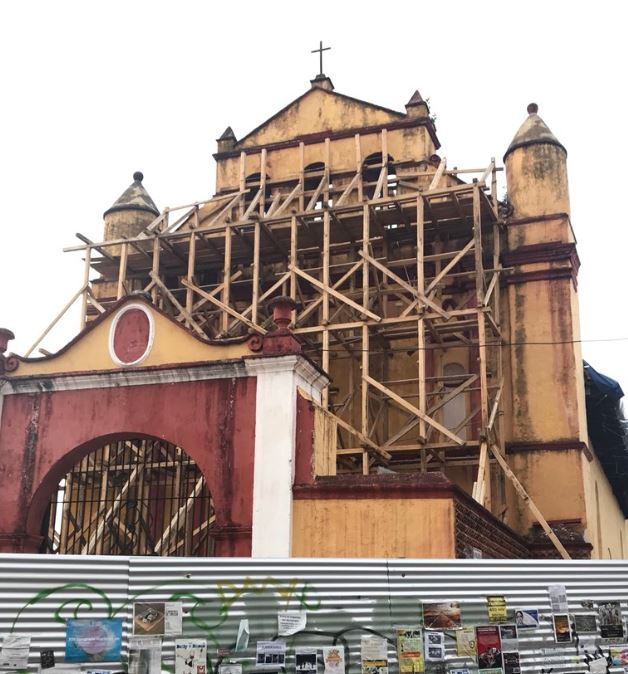 During the restoration processes, only the damage corresponding to the earthquake has been addressed

The historical monuments affected by the earthquake of September 7, 2017, in Chiapas will be restored in their entirety, as guaranteed by the Head of the Earthquake Office of the INAH Chiapas Center, Fidel Yamazaki Maza.

He said that the process is laborious and with the greatest care, because it is about emblematic buildings inscribed in the catalog of historical monuments of the National Institute of Anthropology and History, the works are constantly supervised.

The Temple of Santa Lucía in San Cristóbal de Las Casas is one of the monuments that are being attended to, in that city there are 22 properties that are being served, of which 10 are already completed and 12 are undergoing restoration with significant progress.

Yamazaki Maza said that the Temple of Santa Lucía is 70 percent complete, particularly the technical part of the restoration, the preparation of the roof is very striking at this time, first all the lateral fronts, walls, façade, the rear part and last the roof.

It is often striking that it looks as if progress is not being made, the contractors are complying with the deadlines established in the project and what happens is that sometimes the congregation, particularly the boards, have an interest in accelerating the work he commented.

He said that progress is being made, the reports in the INAH from the Secretary of Public Works of the state government is that it has this important physical progress and we have an estimate that in two months the work will be completed.

This year the restoration works of the Cathedral of San Cristóbal de Las Casas, the Temple of Santa Lucía, Santo Domingo, and all the others will be concluded, each one by its founding dates, of more than a century, and with soils that respond in a different way, for this reason, it was awarded to contractors who have experience as restoration architects and with the technical knowledge that is supported by supervision directly carried out by the National Institute of Anthropology and History, who validates the progress and constant that the intervention is with the agreed techniques. 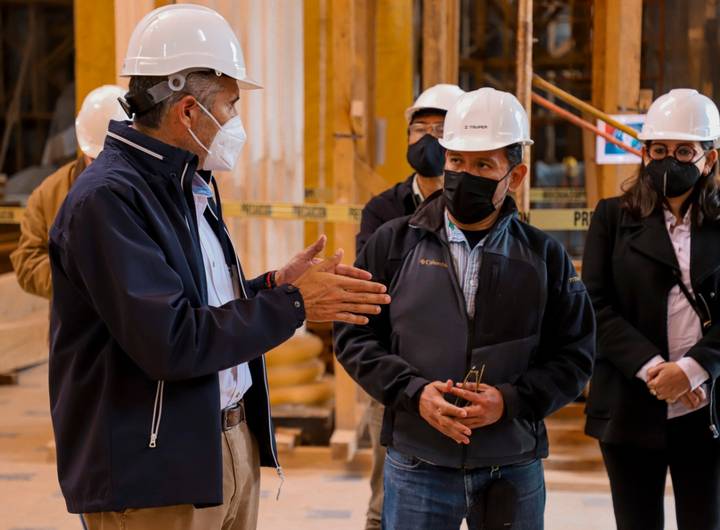 During the restoration processes, only the damages that correspond to the earthquake have been dealt with, not due to the lack of maintenance of the buildings because this is considered by the National Fund for Natural Disasters, the works that are attended and that do not correspond to the effects of the earthquake are carried out by neighborhood boards or patrons to beautify around the temples.

The painting of the entire property is not authorized, only the affected sections, but which combines the collaboration of the population, not everything is covered by the government, personnel from the Ministry of Public Works and the Diocese of San Cristóbal de Las Casas have been very pending, it is not about building a new building, he clarified.

The Ensenada dance “stolen” from the cowboys

Mexico needs to come to terms with a legacy of African slavery: Martin Luther King III

The “treasure” from the time of Porfirio Díaz that would turn Mexico into a world power, and that AMLO has already ordered to investigate