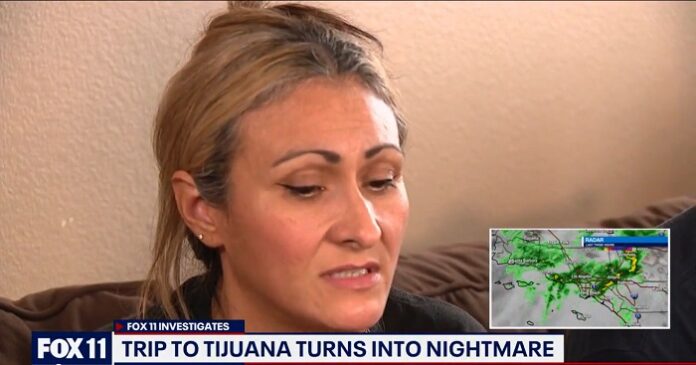 Southern California residents say a trip to Tijuana turned into a nightmare on their way back home.

“They shackled me to this metal bench as I waited for three hours,” said Rose, a Burbank resident.

Ana Salazar from Pasadena added, “I had never been humiliated in my life the way I was humiliated that afternoon.”

Both described being treated like criminals and forced to pay thousands of dollars so their vehicles wouldn’t be impounded at the Tijuana/San Ysidro Port of Entry. It wasn’t a shakedown by Mexican authorities. It was US Customs and Border Protection agents detaining drivers for hours and citing them with hefty fines.

Concrete barriers make it impossible to get out of the lane. Drivers who’ve been trapped in the Sentri lane blame the roundabouts and signs in Tijuana that are a bit confusing. They also say navigation apps are sending drivers directly to the Sentri lane.

“When we put in the address to go back home, it basically told us to go through a certain way, I guess Sentri is the fastest way to get out of the border,” said Rose.

Travelers told FOX 11 that they flagged a CBP agent before they got to the actual checkpoint to let them know they had accidentally driven to the wrong lane.

Attorney John Manley has represented drivers who’ve been detained, fined, and cuffed. According to him, fines are primarily issued to U.S. Citizens.

“They basically shackle you to a bench for two, three hours,” he said. “They say, ‘Yep, we’re gonna take your car,’ or, ‘we’re gonna fine you $5,000,’ for what amounts to being in the wrong lane of traffic.”

CBP agents said drivers are issued a $5,000 citation only after they’ve entered the Sentri lane for a third time. But the people we interviewed say they were never issued a warning. Salazar said what she witnessed while waiting to be released made her believe this is all about generating money for the department.

“When I was in the office waiting, one of the agents came in and he shouted at everyone else in the office, ‘Oh, we got another $5K,’” she said. “Obviously, it was someone else that went through the same thing I did. So, I just thought to myself, Oh, this is just a business.”

Meanwhile, Bernardo and Patricia filed a petition to have their fines dismissed. They were fined a total of $10,000.

CBP eventually forgave 90% of their penalties.