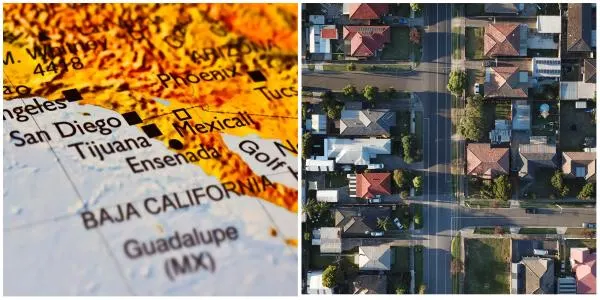 It is no secret that for a few years Mexico has been receiving Americans who are looking for a more accessible lifestyle and come to live in this country. Even as a border city, Tijuana has seen an unprecedented increase in Americans, more so since the coronavirus pandemic tore into everyone’s lives.

The above is due to the fact that many American companies established remote work to avoid coronavirus infections and many others decided to keep it that way once the restrictions ended. This has allowed Americans to live what is now called the “Mexican Dream”, which allows them to have quality housing at a lower cost and continue to earn American wages.

This is indisputable, according to what has been reported, requests from temporary residents have increased by 85% in recent years: “What began as a pandemic escape for Americans seeking affordable destinations with few Covid-19 restrictions seems to have power. permanence,” reports Bloomberg.

In fact, it is believed that there are around 1.6 million Americans living indefinitely in Mexico. And while this allows these theoretically temporary residents to maintain a higher quality of life than they would have in the United States, it affects Mexican residents in some important respects.

Among these aspects, the economic one stands out, especially in some of the historic neighborhoods that are its main destinations in Mexico City, where the increase in rents has become a real problem, something similar happens in some important neighborhoods of the city of Tijuana.

To exemplify this, we can take the San Diego-Tijuana border area. In the first, a small one-bedroom apartment could cost up to $2,600 dollars on average, while in the second, a larger two-bedroom apartment with services such as a gym or pool in one of the most sought-after areas of the city could cost the same and even less.

These factors make Tijuana and other cities in Mexico represent very attractive permanent destinations for Americans who also have the facility to visit their place of origin by land, sea or air, so it is believed that more will continue to arrive in the future .